The ministers agreed to approve the projects in principle and will go ahead on the same post a detailed study by the Asian Development Bank (ADB).
News

As the reports say, foreign ministers from the seven-nation BIMSTEC group agreed upon deals worth USD 50 billion as part of the meeting on August 29, 2018.

The group has identified and decided to take ahead nearly 167 deals pertaining to connectivity and related projects at an estimated budget of USD 50 billion. 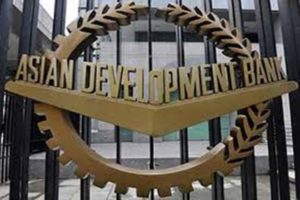 The ministers agreed to approve the projects in principle and will go ahead on the same post a detailed study by the Asian Development Bank (ADB).

According to Nepal Foreign Minister Pradeep Gyawali, the group is working on the BIMSTEC Transport Connectivity Master Plan that is expected to be completed by September 2018.

“Several multilateral donor agencies are interested to put money in this master plan. We have received interest from ADB, World Bank and other multilateral agencies to push these projects,” says Gyawali.

As part of the meeting, Gyawali stressed on the need for strong cooperation among the member states with prime focus on energy, connectivity, agriculture, trade and tourism.

The meeting also called for the establishment of key organizations such as BIMSTEC Permanent Secretariat in Bangladesh, BIMSTEC Cultural Industries Observatory (BCIO) in Bhutan and BIMSTEC Centre for Weather and Climate (BCWC) in India as part of institutional development in the region.

In line with the BIMSTEC practice, Foreign Minister Gyawali handed over the BIMSTEC Chair to the Sri Lankan State Minister for Foreign Affairs in view of the 17th ministerial meeting scheduled to be held in Sri Lanka in 2019.