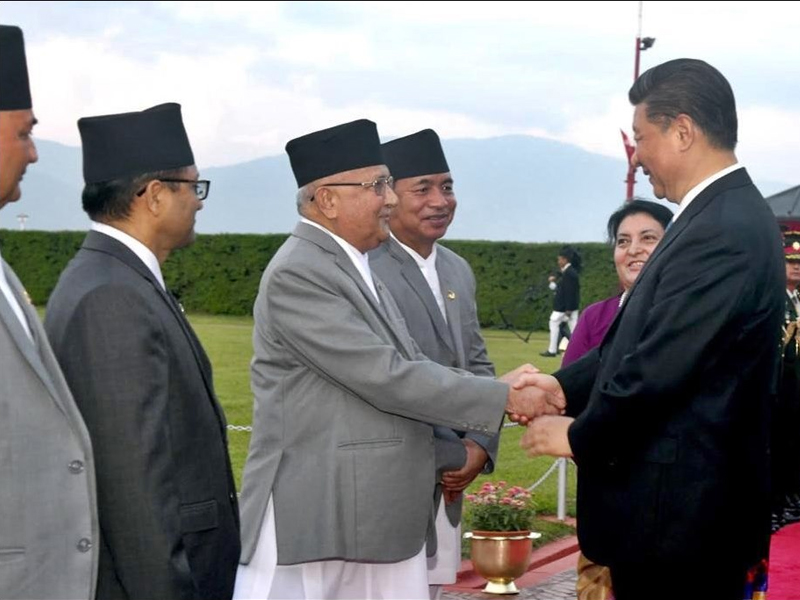 Chinese President Xi Jinping’s visited Nepal on October 12, 2019, marking a historic visit that had not taken place in the last 23 years.

The Chinese President landed at the Tribhuvan International Airport (TIA) in an Air China flight on October 12, 2019 at 5 PM NPT.

President Bhandari along with other Nepal representatives including Prime Minister KP Sharma Oli, Nepal Vice President Nanda Bahadur Pun and other cabinet and chief ministers welcomed Jinping at the airport.

Following this, a group of the Nepal Army personnel welcomed the Chinese President with a ‘guard of honor’. 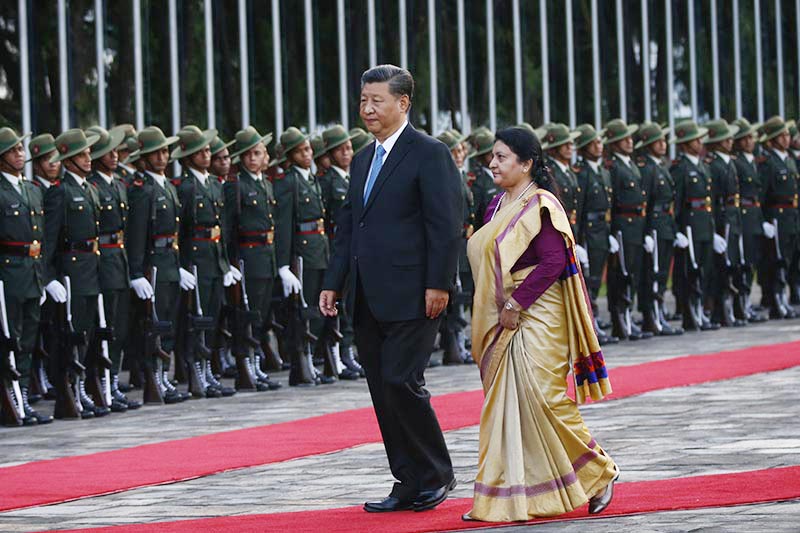 Besides, the President of China was also welcomed by Nepalis dressed in colorful ethnic clothing representing the seven provinces of Nepal, waving Nepal and China’s national flags. 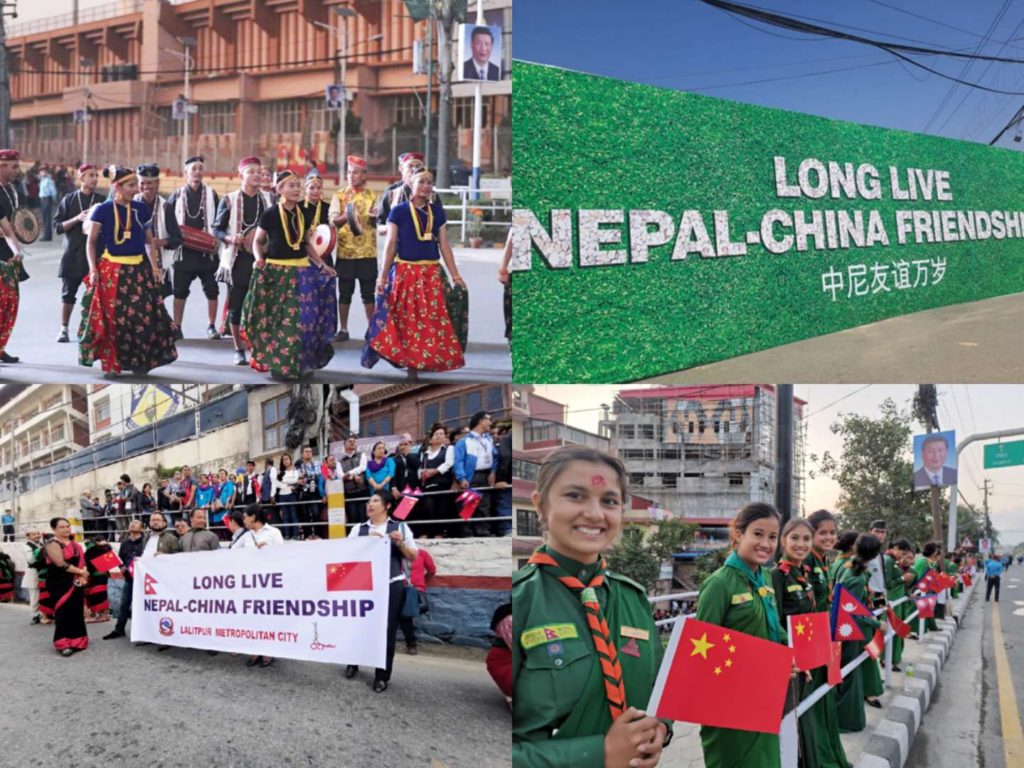 The Chinese President and his delegation then headed to the Soaltee Hotel, where arrangements for his stay were made. 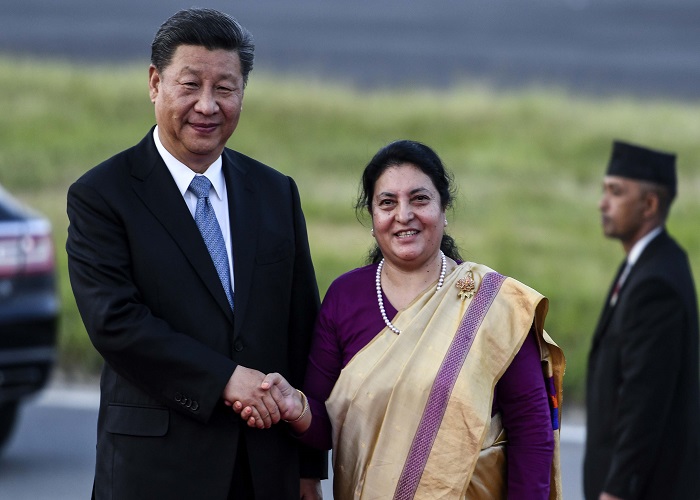 On the evening of October 12, 2019, President Jinping visited President Bhandari at her residence – Sheetal Niwas for a brief meeting.

During the meeting, the two sides discussed matters of mutual benefit for both nations. 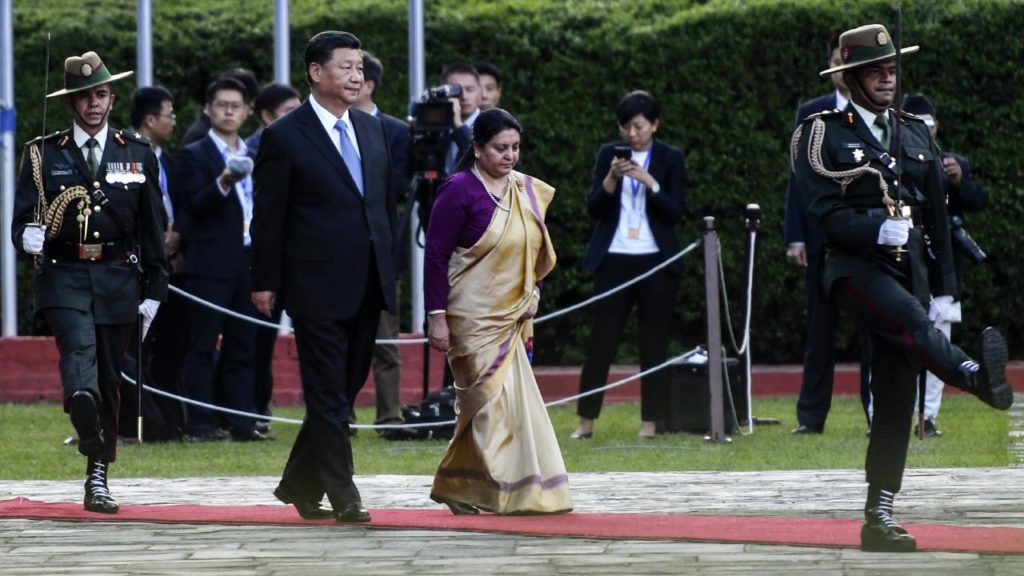 Jinping also announced support worth NPR 56 billion to Nepal between 2020-2022 for the upliftment of Nepalis living standards.

He congratulated and praised Nepal for the developments made ever since the Nepal Communist Party rose to power. He expressed China’s wish to strengthen bilateral relations established on the basis of peaceful existence.

While speaking on various issues, the Chinese President said that the Nepal-China trade imbalance could be addressed if Nepal would export competitive goods.

He also said that he would encourage Chinese investments, however, Nepal could seek help from the Asian Infrastructure Investment Bank also.

Following his meeting with Bhandari, Jinping returned to Soaltee, where Nepali Congress President Sher Bahadur Deuba was waiting to pay a courtesy call to the Chinese President. 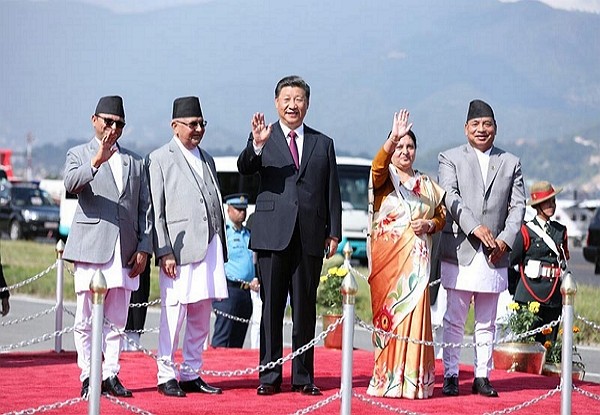 He later attended the banquet hosted by President Bhandari in honor of him at the Soaltee Hotel. 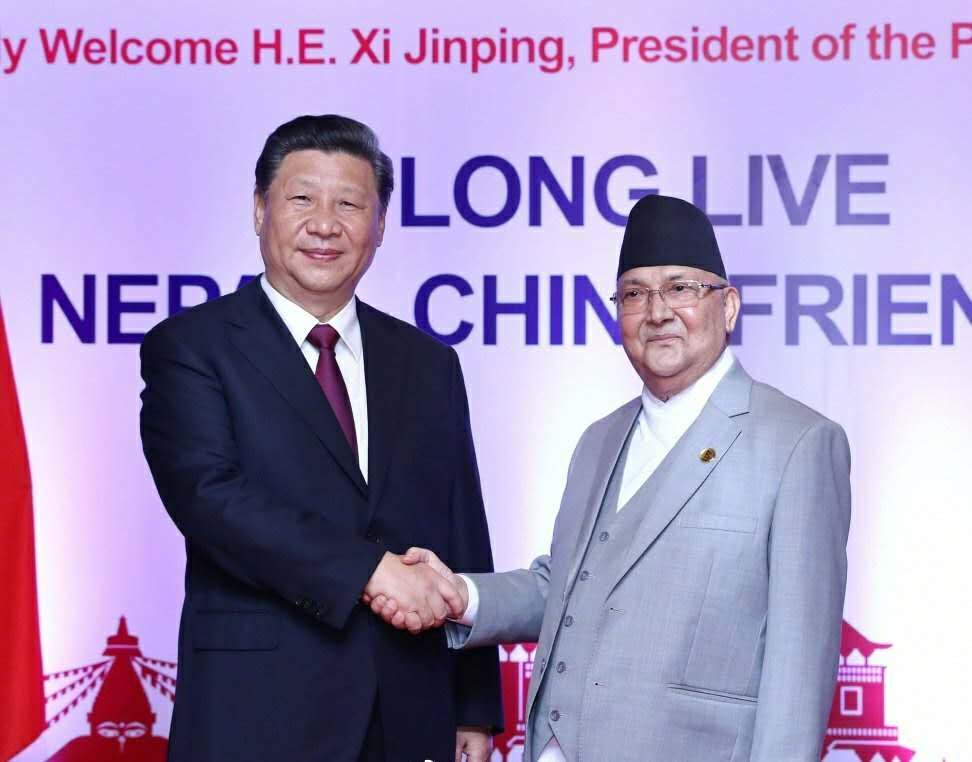 Following is the list of MoU signed by Nepal and China: 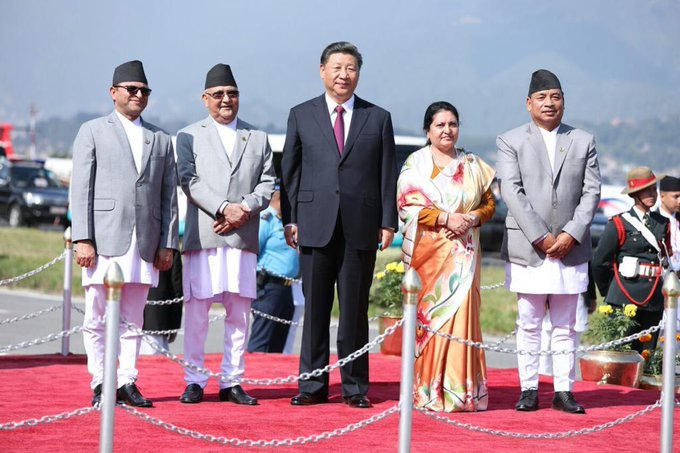 As part of the Chinese President’s two-day visit, Nepal and China also agreed to expedite the MoU on the Belt and Road Initiative, (BRI) signed in 2017.

The countries had decided to improve connectivity spanning roads, railway, communication and airways under the theme of the Trans-Himalayan Multi-Dimensional Connectivity Network. However, none of the projects under the theme have seen any significant progress.

Following are the different projects which Nepal and China are looking to speed up/initiate:

“Both sides on the basis of the Five Principles of Peaceful Coexistence, Charter of the United Nations and principles of good neighborliness, decided to elevate Nepal-China Comprehensive Partnership of Cooperation featuring ever-lasting friendship to a strategic partnership of cooperation,” reads the Nepal-China joint statement. 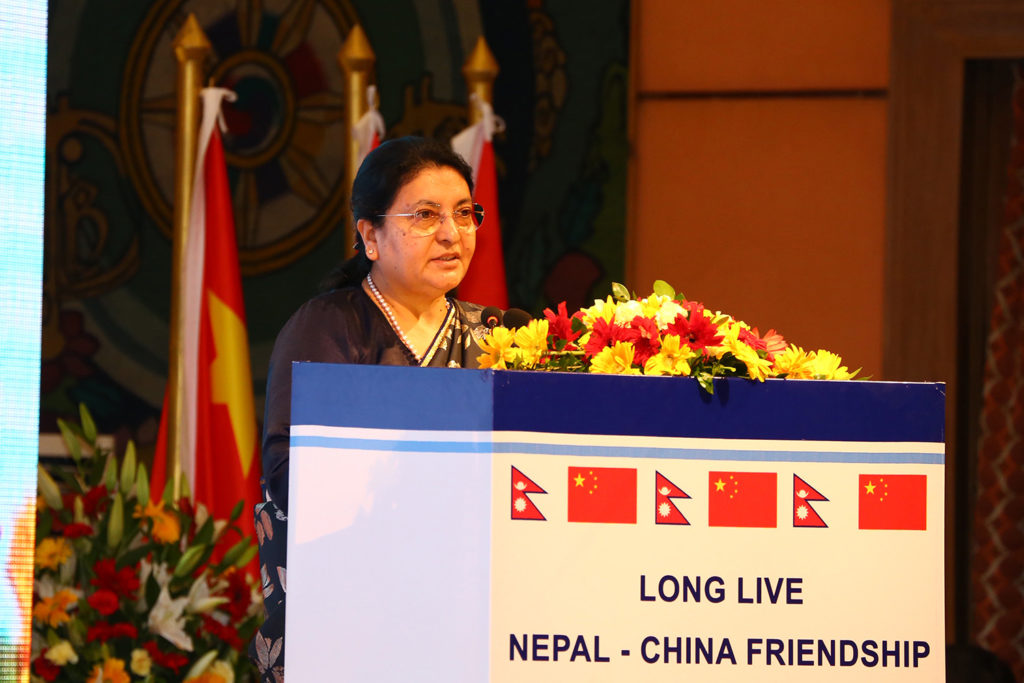 Nepal and China have agreed to jointly construct two reservoir-type hydroelectricity projects in Nepal in the government-to-government partnership model.

The cost of the projects is estimated to be above NPR 200 billion and will be taken up by the Nepal Government-owned Hydroelectricity Investment and Development Company Ltd and China’s ‘Power China‘.

Energy, Water Resources and Irrigation Minister Barsha Man Pun informed that the projects will be the 762 mw-Tamor Project and the 157 MW-Madikhola Project located in Province 5.

The two companies have already proposed a few models to the Investment Board – Nepal for the construction of the projects. This the first time that Nepal and China have signed an MoU to construct projects through the two countries’ government firms. 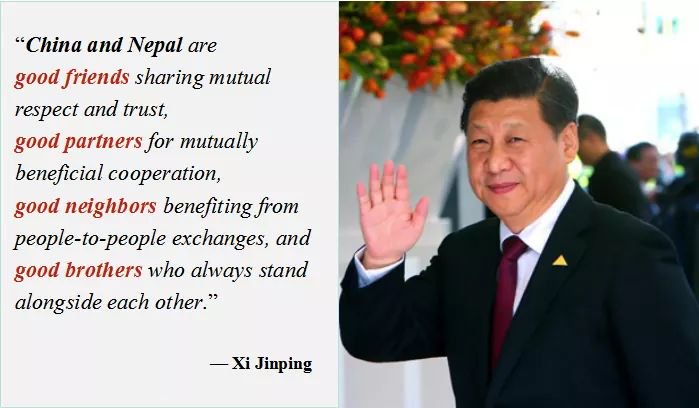