The people, believed to be clinging on to the underbelly of a C-17 Globemaster, fell mid-air due to the huge G-force exerted during takeoff.
News
World 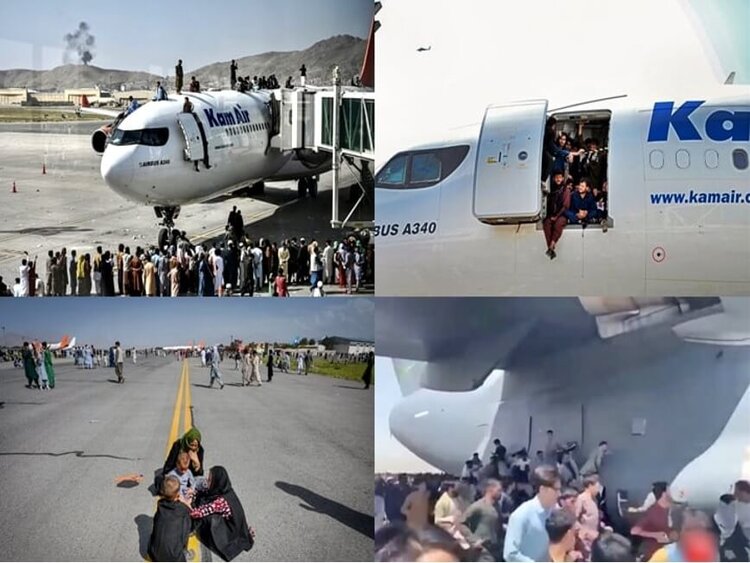 As the people of Afghanistan desperately attempt to leave the country in face of the Taliban insurgence, some shocking scenes were captured on camera.

One such horrifying video showed Afghans who had clung on to the plane falling from the sky after the flight took off from Kabul on Monday.

The people, believed to be clinging on to the underbelly of a C-17 Globemaster, fell mid-air due to the huge G-force exerted during takeoff.

Images that define the US failed policy in Afghanistan #kabulairport pic.twitter.com/ZXd4FwHxF2

Can’t believe my eyes. Men holding lower part of the US aircraft moments before it took off from #Kabul airport. pic.twitter.com/bT97WrNa12

“Locals near Kabul airport claim that three young men who were holding themselves tightly on to the tires of an airplane fell on top of people’s houses. One of the locals confirmed this and said that the fall of these people made a loud and terrifying noise,” tweeted local news agency Asvaka.

Amid the terror and desperation to flee the country, over 600 Afghans huddled onto a single US military plane to escape at any cost.

As per the local reports, people rushed into the plane via a half-open ramp.

Taking into consideration the pathetic situation of the people, US soldiers transported the civilians to Qatar instead of forcing them out of the C-17 aircraft.

The passenger load was almost near to the record number of people ever carried on a Boeing plane.

People are trying to leave Afghanistan after Taliban took control of the country, just weeks after launching a nation-wide attack in the wake of the withdrawal of US and Nato forces. 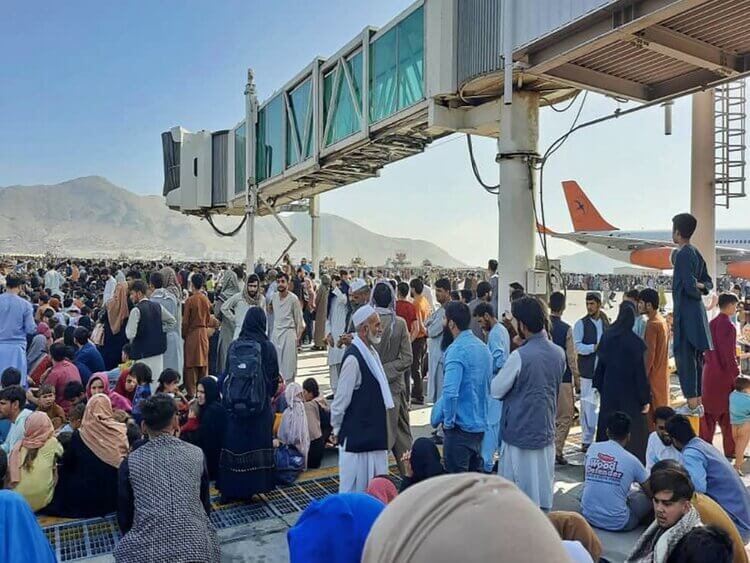 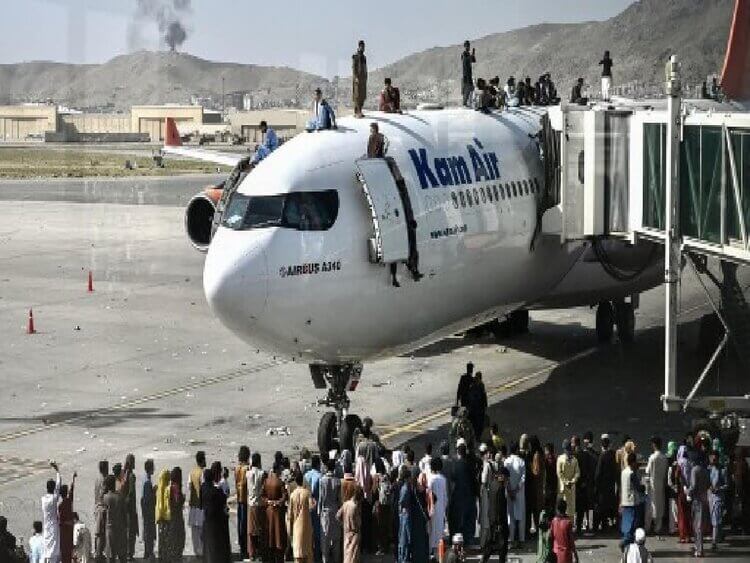