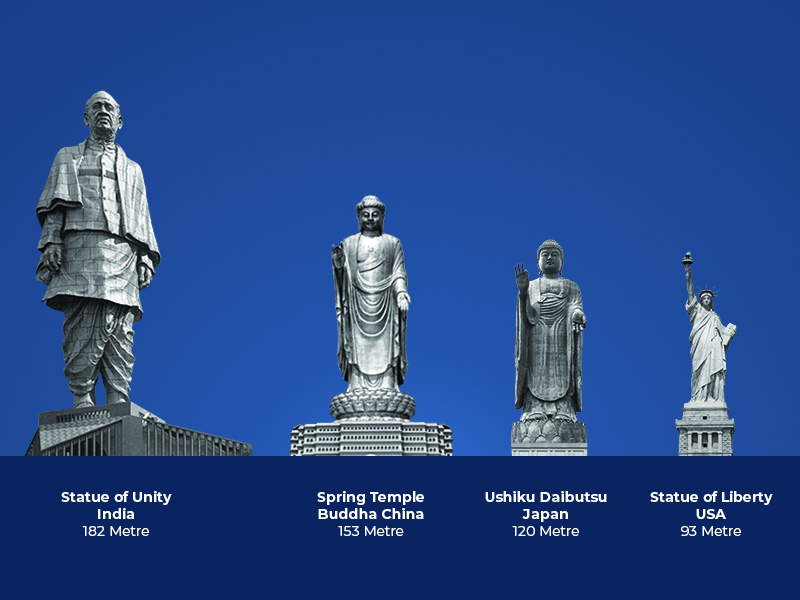 Creating a record for itself, India is now home to the ‘world tallest statue’, the ‘Statue of Unity’!

India has constructed a 183 m (600 ft) statue as a tribute to the country’s Iron Man Sardar Vallabhai Patel, who was responsible for the unification of India’s erstwhile princely states.

The ‘Statue of Unity’ is built against the scintillating view of the Vindhyachal & Satpura mountain range and the Narmada river in Gujarat. It features the iconic national figure Patel walking on the Narmada river towards the Sardar Sarovar dam.

The statue was inaugurated by Indian Prime Minister Narendra Modi on October 31, 2018, the Birth Anniversary of the legendary Patel.

Interestingly, Modi laid the foundation stone for this iconic sculpture on the same day five years ago. 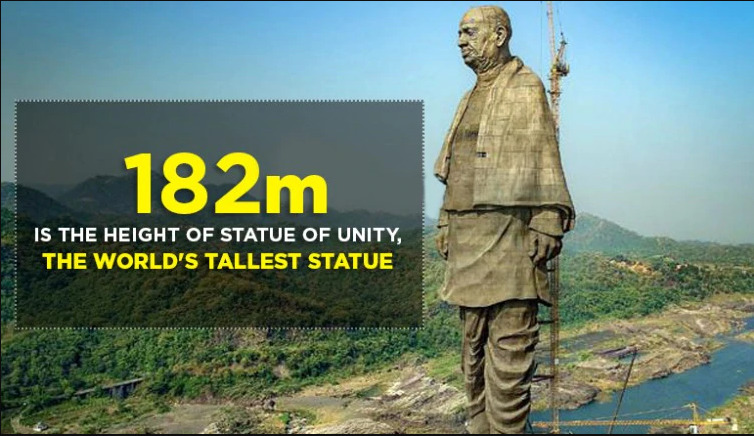 Statue of Unity — Construction and Design
In terms of design and execution, the statue posed a great challenge to experts who had to consider aspects like location, height and pose.

Facts Behind the Making of the Statue