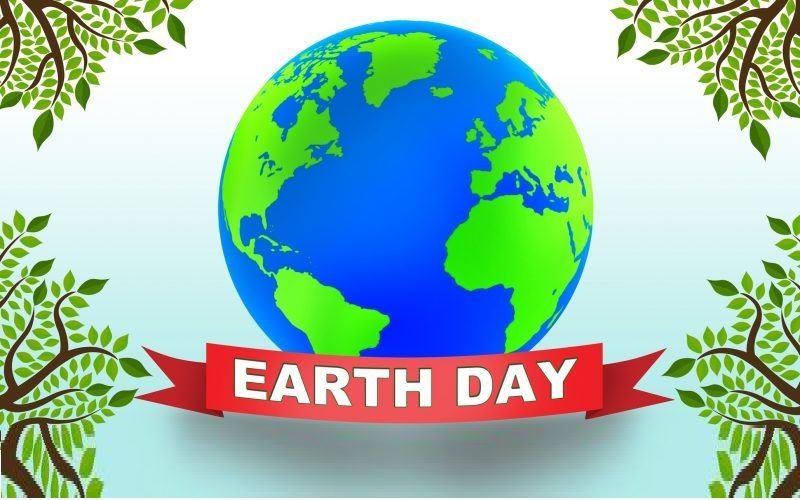 Today is the ‘50th anniversary of Earth Day’. Started in 1970 in the wake of a number of environmental disasters, particularly the Santa Barbara, CA oil spill and burning of the Cuyahoga River in Ohio, both in 1969, it has grown into a worldwide movement.

Environmental clean-up and recycling efforts have been boosted, legislation (domestic and international) has been enacted, and general public awareness about the critical importance of keeping our environment healthy has been fully embedded.

In that time, we have accomplished much for our planet, but not nearly enough. Massive pollution still takes place – especially by corporations, including Shell, BP, and Exxon Mobil, which put profit above all else – and rising global temperatures and sea levels put millions of people at risk of losing their livelihoods, their homes, and their lives.

The United States – the second-largest CO2 contributor in the world – withdrew from the Paris Agreement only two years after its signing. We must take this opportunity to not only look at the progress of the past 50 years, but what still needs to be done in the next 50 years to ensure the safety and survival of our planet. 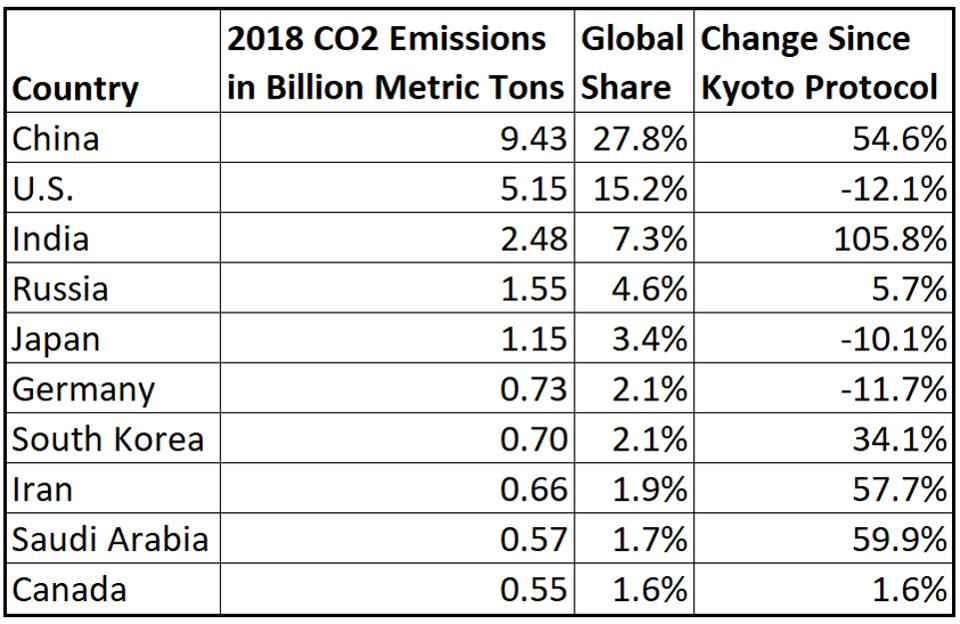 In the United States, a great deal of legislation was passed which helped set the country on the path toward a healthier environment. The most significant victory in the wake of the first Earth Day was the creation of the Environmental Protection Agency on December 2, 1970.

This agency consolidated research, monitoring, and enforcement of all federal activities involving air, water, and land protection. Under its aegis, protections were enshrined for the country’s air, water, and wetlands; legislation governing toxic, nuclear, and medical waste instituted further safeguards for people and their communities. 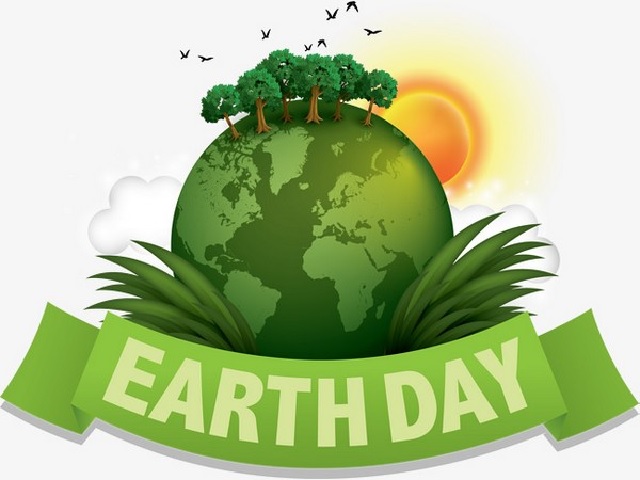 The Clean Air Act of 1970, the first legislation passed under the EPA, has had a significant impact on air quality in the United States. From 1980 to 2018, aggregate emissions have dropped 68 percent; the highest rate of change was in lead emissions, which dropped 99 percent, mostly due to regulations removing lead from fuel. 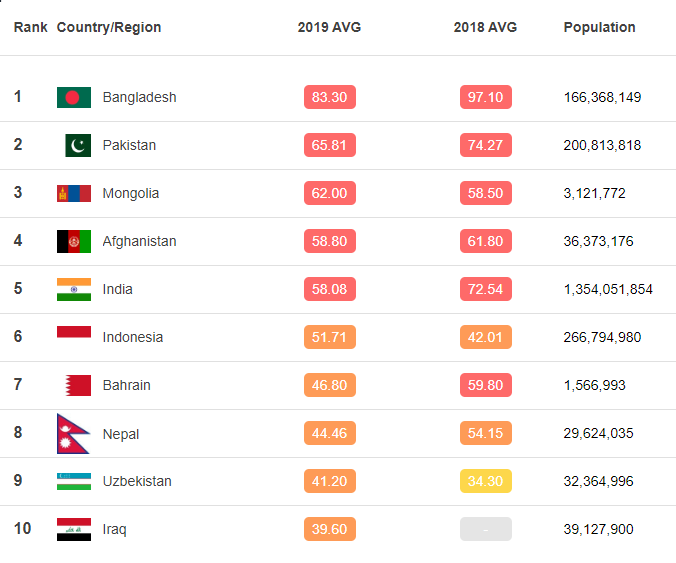 With these acts and many more, the EPA has instituted demonstrable changes for the better. Medical, nuclear, and toxic waste is no longer wantonly disposed; it is now done safely and with proper notification to local communities, preventing its deleterious effects on people.

Contaminated Superfund sites are identified, and significant actions are taken to clean up hazardous materials and other damaging waste, even restoring some of these lands to public use.

A great deal of international action on the environment has taken place in the last 50 years as well. The first significant piece of legislation was the 1989 Montreal Protocol. With the discovery of a hole in the ozone layer (which shields the Earth from the Sun’s radiation) above Antarctica in 1985, the international community knew that it had to come together to repair the damage.

The actions taken with this Protocol have been successful—in 2018, a NASA study showed ozone layer recovery resulting from bans on chlorofluorocarbons and other ozone-destroying chemicals, which were the target of the Montreal Protocol. Instead of expanding by 40 percent by 2013, as scientists estimate would have happened without these measures, the ozone hole is expected to heal completely by 2050.

The Intergovernmental Panel on Climate Change is the main United Nations body tasked with assessing the science on climate change. Its work has been momentous, recognized in 2007 with the Nobel Peace Prize, and has delivered critical materials used in the creation of the 1997 Kyoto Protocol and the 2015 Paris Agreement (themselves products of the 1994 United Nations Framework Convention on Climate Change).

The Kyoto Protocol, while flawed, especially considering the exclusion of mandatory goals for developing countries like China and India, who even at the time of the agreement were massive polluters, showed demonstrable results—emissions from “advanced countries” included in the agreement dropped an overall 22.6 percent compared to 1990 levels.

The 2015 Paris Agreement is still in its infancy. Its goals, to keep the increase in global average temperature to less than 2°C above pre-industrial levels, limit the global temperature increase to 1.5°C in order to reduce the risks and impacts of climate change, and reach peak global emissions quickly in order to rapidly reduce overall emissions, will be measured in decades. With global goals, this is without question a global effort.

However, despite these measures, we are still facing a global environmental crisis. In the United States, despite the protections offered by the Safe Drinking Water Act, many cities still provide unsafe drinking water to its residents—most famously highlighted by the 2014 crisis in Flint, MI, which is still ongoing to this day. The National Priorities List of Superfund sites currently sits at 1,335; only 424 have been removed.

Despite the advancements made under the Kyoto Protocol, global carbon dioxide emissions have only continued to rise since 1990. Forests, which not only purify the Earth’s air and water but provide millions of people with jobs, are being destroyed at an unprecedented rate—18.7 million acres, or 27 soccer fields, every minute.

Sea levels continue to rise; countries such as Indonesia, the Netherlands, and the United States risk losing low-laying cities, while others like Kiribati, the Maldives, and the Marshall Islands risk disappearing under the sea entirely.

Wildfires across the globe have been burning longer and more frequently, ending plant, animal, and human lives.

Fires and rising sea levels threaten to destroy entire countries; water scarcity is poised to be the biggest cause of wars around the world. This is a critical moment for our planet—we must take this opportunity to continue our work for a healthier globe before it is too late.