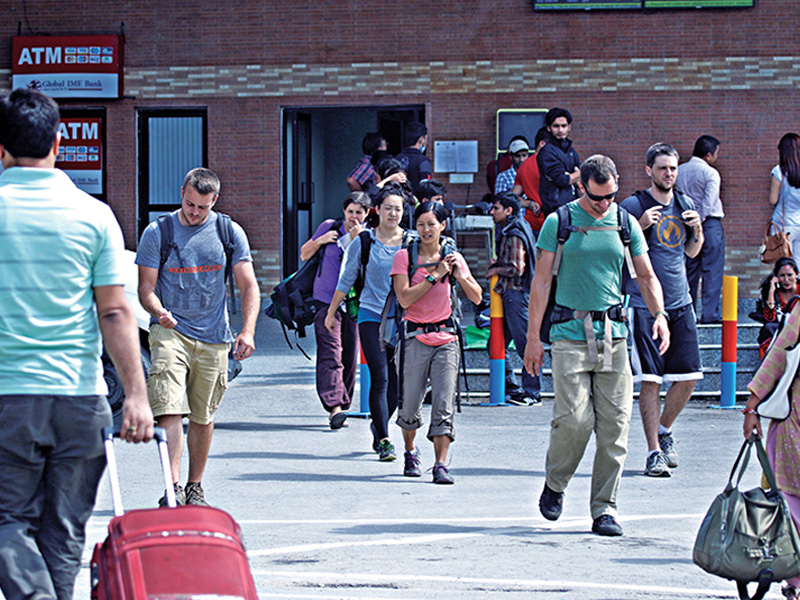 Nepal Ministry of Home Affairs has reportedly expelled 51 foreigners from the country for overstaying with expired tourist visa, in the last three months.

According to the Department of Immigration (DoI) rules, any foreign citizen will have to renew tourist visa within 150 days grace period. Failing to do so will subject them to deportation by the Nepal Government.

The offender will also have to pay a fine of USD 3 per day along with additional fine of NPR 50,000. The offenders registered so far belong to more than 24 countries, says DoI.

Some of them were found working without employment permits and some engaged in religious conversion.

According to DoI, thousands of Chinese and Bangladeshi nationals were suspected of living illegally.

Towards this end, immigration authorities are working with the Ministry of Culture, Tourism and Civil Aviation, district administration offices, police and tourism entrepreneurs to monitor the activity of foreigners visiting Nepal.

To address the growing illegal activity by foreigners, the Foreign Nationals Monitoring Directives has recently called for central-level monitoring and regulation committee led by DoI Director General and special committee at the district-level.

Besides, DoI is also working on establishment of the state-of-the-art desks with biometric and IRIS recognition technology at Tribhuvan International Airport, to keep track of foreign tourists arriving and departing from the country.

Hope the new system will help the Nepali authorities keep a close watch on foreign nationals visiting Nepal and avoid their misdeeds while living in the country.