8 Indian Visitors Die at Nepal Resort Due to Possible Suffocation

The tourists, who came to Nepal for tourism visit, were on their way back to Kerala, India
News
Tourism 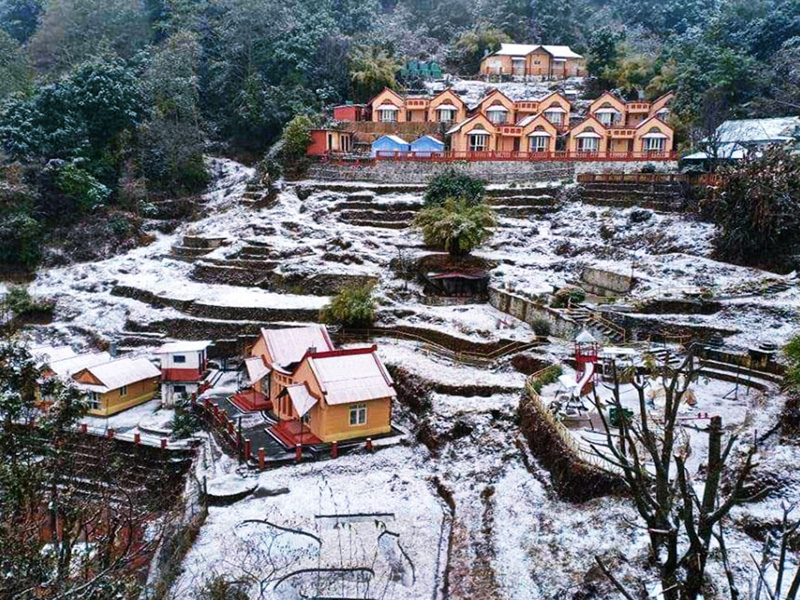 Eight Indian tourists, including two couples and four children, who fell unconscious, died upon arrival at HAMS Hospital in Kathmandu, Nepal on January 21, 2020.

Earlier, in the morning, the tourists were airlifted to Kathmandu for treatment after they were found unconscious due to a possible gas leak in their room in Everest Panorama Resort in Makawanpur, Nepal.

The deceased, who were part of a team of 15 tourists, were on a visit to Pokhara, Nepal from Kerala, India.

On their return journey, they had stopped at the resort for a night stay on January 20, 2020 and turned on a gas heater in the room to keep themselves warm.

The police suspect that the visitors died from suffocation due to possible gas leak from the heater. But, the cause of death is yet to be confirmed as the autopsy is under process.

Although the tourists have booked 4 rooms, 8 of them stayed in one room, while the rest slept in other rooms, Manager Shiva KC said.

A helicopter belonging to Kailash Helicopter Services Pvt Ltd arrived at the scene to airlift the victims, after the police were informed about the unconscious condition of the tourists.