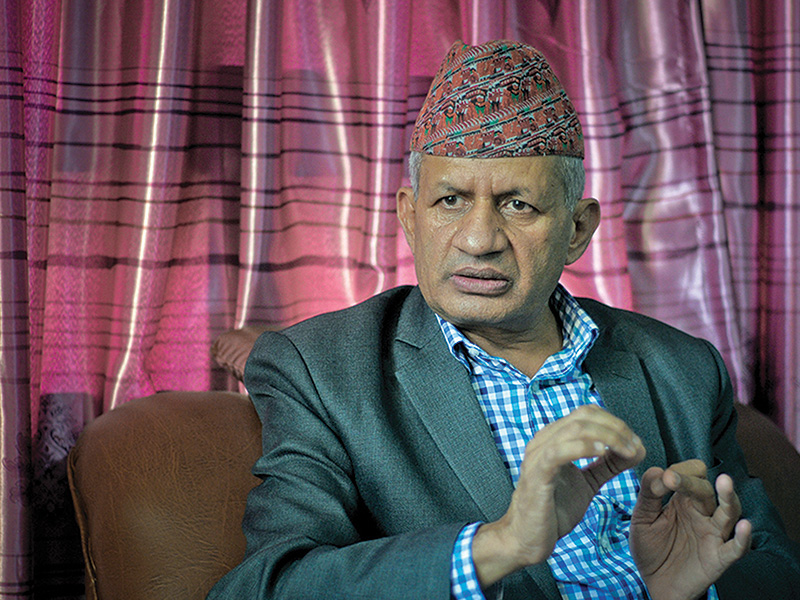 Foreign Minister Pradeep Kumar Gyawali has clarified that there is no military component in the Millennium Challenge Corporation (MCC) Compact, the US – proposed development initiative.

He said this to the NCP (Nepal Communist Party) lawmakers during a meeting in the National Assembly on January 20, 2020.

Gyawali ruled out the suspicions of the NCP lawmakers and leaders, who exclaimed that MCC  is a part of Indo-Pacific Strategy or linked to a military alliance.

He told that MCC agreement is aimed at increasing investments and accelerating infrastructure development in the country.

Earlier, in view of the suspicions raised by the Nepali leaders and citizens about MCC, the US Embassy in Nepal has published 10 key facts about MCC compact.

The Embassy said that MCC focuses mainly on the economic development of Nepal through transparency and true partnership.

Here’s the key facts on MCC: 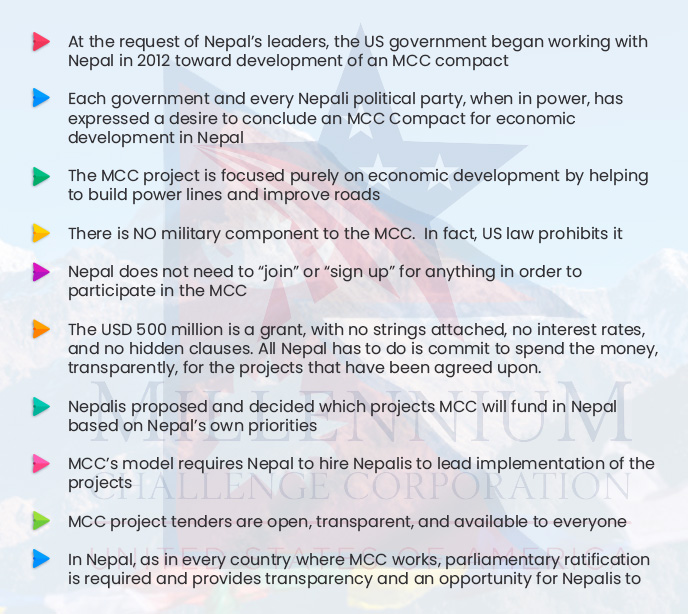 The Embassy has published the Key facts about MCC in its official website, https://np.usembassy.gov on January 17, 2020.

Nepal Government has proposed and decided Electricity Transmission Project and Transportation Project for MCC program. The US Government has committed to invest USD 500 million under MCC compact to fortify Nepal’s economic growth and stability.