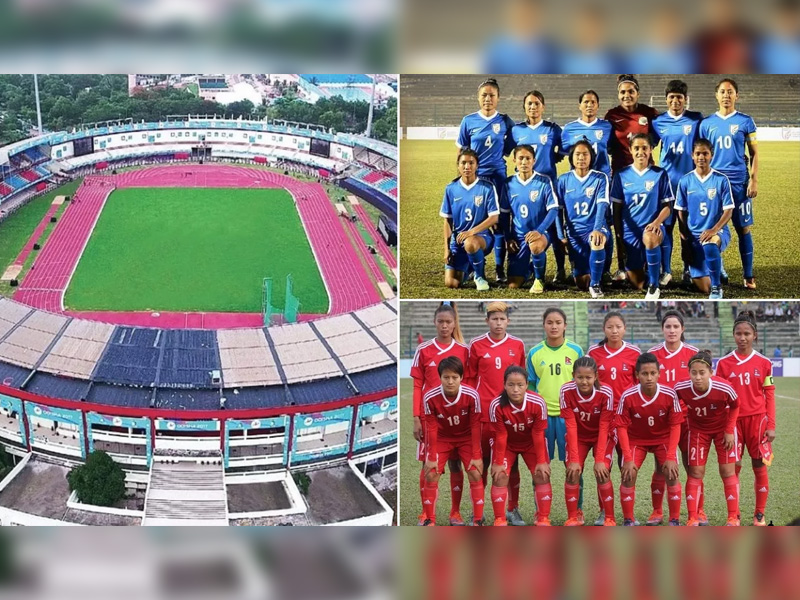 Nepal left its striking mark in another South Asian sports event that have India, Myanmar and Iran playing for the ‘Gold’.

Yes, we are speaking about the ongoing Hero Women’s Gold Cup in Football 2019 in India’s Bhubaneshwar.

After a defeat from Myanmar in the initial match, Nepali women football team was waiting for the right time to make the audience feel its presence. And, it bounced back in the match held on February 11, 2019.

In a stunning performance, Nepali team shook Indian women football team by striking ‘two goals in a matter of three minutes’ within the opening minutes of the match at Kalinga Stadium. 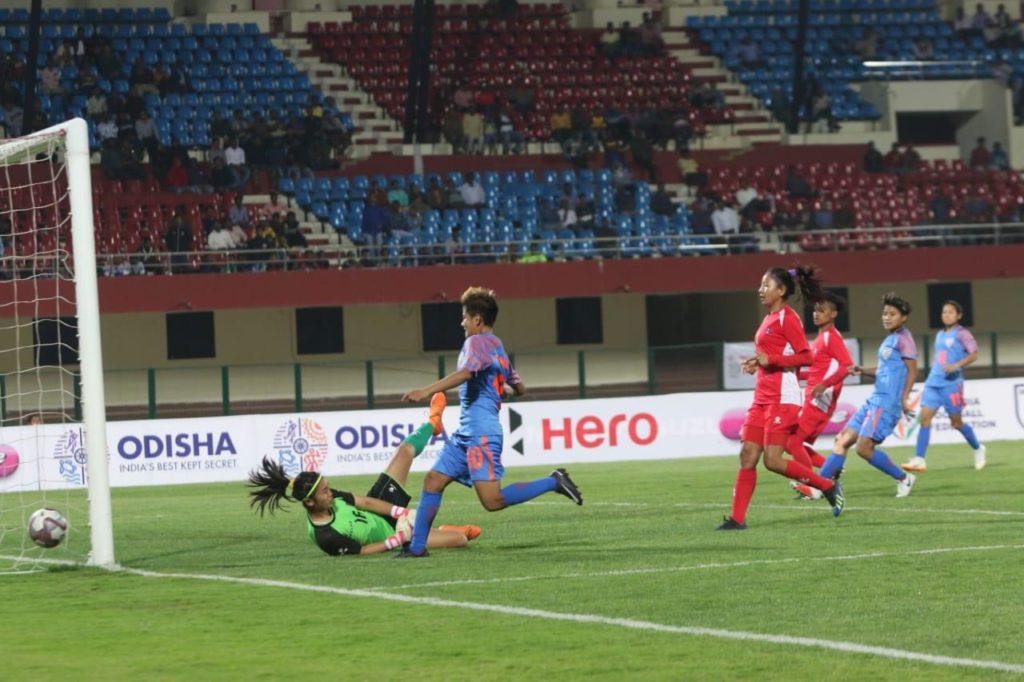 All-round applause for Sabitra Bhandari, who made this rare feat driving Nepali team, marking the Himalayan nation’s first-ever victory in the tournament against India!

Continuing the pace after third minute, Bhandari made her team stand ahead in the fifth minute.

Though the hosts tried their best further, Nepali team was firm enough in stopping them in the first half of the game.

Indian team tried further but couldn’t face the ire of Sabitra even in the second half, where she scored hat-trick in the 71st minute.

With a 2-1 win over India in the concluded match, Nepali team revived hopes of entering the Hero Women’s Gold Cup 2019 finals.

This win brought three points to Nepal and moved it to second position in the list after Myanmar, which is currently leading with six points after back-to-back wins against Nepal and Iran.

Now, Nepal will have to face Iran in the last group match on February 13, 2019 to secure its place in the finals of the tournament, scheduled for February 15, 2019. Other side, India will also face Myanmar in the last fixture.

The top two teams of the final group match will head to finals!

Excited?? Hold on for a day!