Nepal faced Bangladesh in the opening match of the tournament, driving the latter to lose the game at 2-0
News
Sports 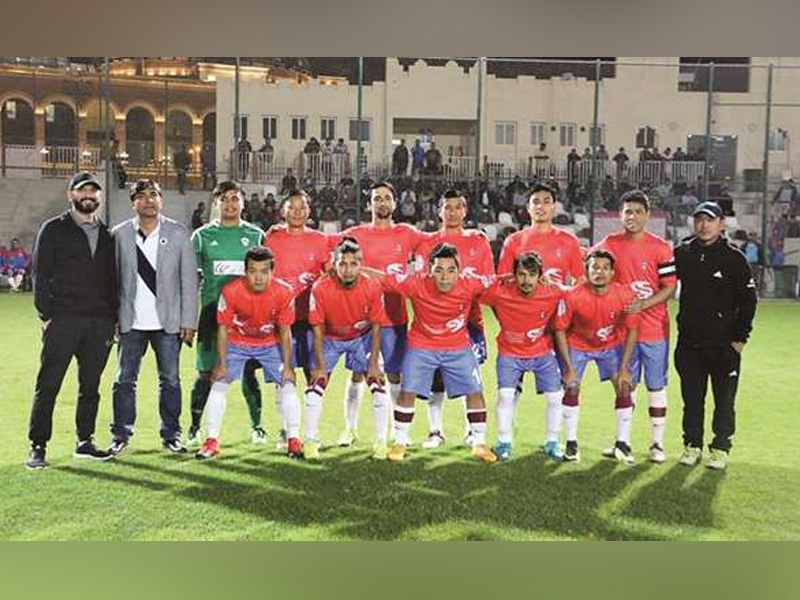 In the opening match of the football tournament, Nepal faced Bangladesh driving the latter to lose the game at a score of 2-0.

The match held at Doha Stadium saw outstanding performance by Nepali Striker Indra Jung Limbu who gave a dashing start hitting a goal in the very first five minutes of the match.

And, the second goal at the 23rd minute of the game was hit by Arjun Subba.

Bhakta Bhandari played a significant role, by passing on balls, behind the goals of both the players.

Nepali football team’s next match with Lebanon has been scheduled for February 8, 2018, the fourth match against Singapore on February 15, 2018, and the fifth match with Indonesia on March 1, 2018.

All the next three matches have been scheduled to be held at Doha Stadium.

There are two groups in the tournament. Group A includes India, Jordan, Malaysia, Philippines, Sri Lanka and South Korea while Group B includes Nepal, Lebanon, Indonesia, Japan, Bangladesh and Singapore.