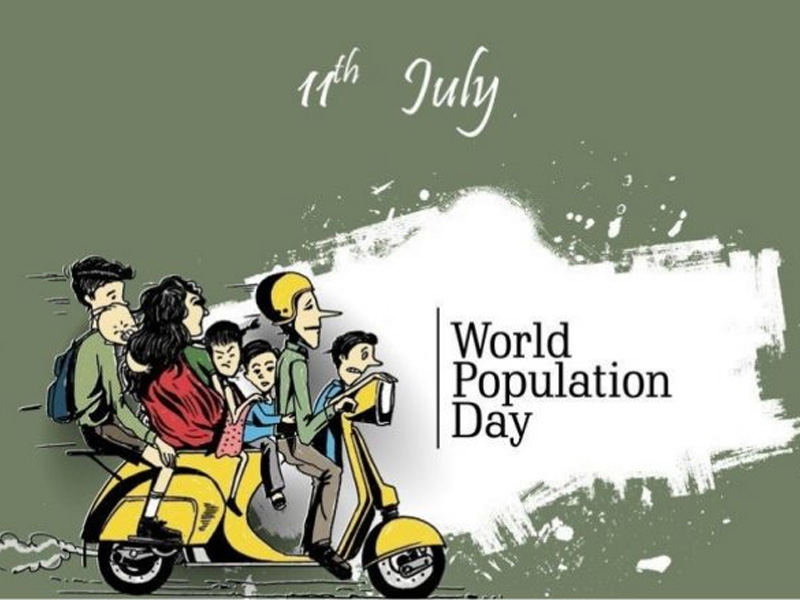 Giving rise to measures towards population control, among others, WPD 2018 has come up under the theme of ‘Family Planning is a Human Right’.

WPD 2018 also marks the 50th anniversary of the 1968 International Conference on Human Rights, which for the first time pitched for family planning as a human right, globally.

“Parents have a basic human right to determine freely and responsibly the number and spacing of their children,” states the Tehran Proclamation.

Marking the day, the United Nations Population Fund (UNFPA) called on public to realize their right to family planning!

UNFPA reported that reliable family planning methods are out of reach for hundreds of millions of people around, and many are resorting to unsafe & unreliable methods, some of which can be dangerous.

Th agency termed ‘access to and information about, modern and reliable family planning’ as the key need of the hour in view of harmful preventive methods being adopted by public against pregnancies, globally.

“These methods, often based on rumors and myths, range from damaging chemicals like disinfectants to household supplies like kitchen sponges,” adds UNFPA.

In its release about such harming practices, UNFPA said the scenario is common across the world, in both wealth and poor nations.

“In developing countries, an estimated 214 million women want to avoid pregnancy, but are not using modern contraceptive methods. This includes 155 million women using no family planning method at all. Some 59 million are using traditional methods that are unreliable and may be unsafe,” UNFPA said in its release.

On an end note, it called on health experts, policymakers and all the related stakeholders across the globe to spread needed awareness about health services that can be helpful for public in realizing their right to voluntary and safe family planning.

Nepal has been observing the World Population Day 2018 since July 11, 1990 with its efforts to meet to the global demands pertaining to address population-related concerns.

Here are some of the recently-recorded population-related stats of Nepal:

While the population census is carried out for every 10 years in Nepal, the 2012 census reported the country’s population as 26.494 million with 12.849 million as men and 13.645 million as females.

With regard to forecasts, the country is estimated to see a 1.10 percent change in population by 2020 and is expected to see a further decline of 0.23 percent by 2050.

As the forecasts show, urban areas are likely to dominate in terms of population concentration in the country showing rise in change from 20.4 percent in 2020 to 35.9 percent by 2050.