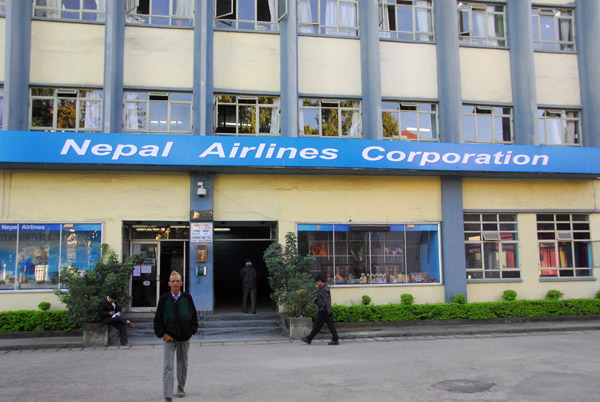 In a smart move addressing its shortage of pilots, the Nepal Airlines Corporation (NAC) is beginning to look for flying crew beyond its boundaries.

And what’s more? It will be offering a huge take-home in terms of remuneration, luring foreign pilots to its airbases!

The Risk of Running Out
Currently, the shortage of pilots can jeopardize NAC’s plans for flying its new planes.

This is especially an issue of concern as the corporation continues to experience pilots shortage despite the continuous addition of air transport to its airbase.

Kansakar seconds this when he says that even though NAC has 116 pilots, it still falls short of 28 pilots.

“The deficit may rise as we have planned to add at least 10 planes—two A320neo, six Twin Otter and two medium-sized aircraft to serve domestic trunk route sector,” he said during a press conference.

“It will be a temporary hiring until we produce our own captains,” says Sugat Ratna Kansakar, NAC Managing Director .

“We don’t have any option as pilots are not available in the domestic market,” he added speaking about the current situation.

An Attractive Package!
On July 11, 2018, Kansakar revealed that the organization may reward the foreign pilots with a pay package of USD 18,000 and co-pilots with USD 12,000 to ride its ‘wide-body’ addition Airbus A330 jet. This amount is three times more than what the airline corporation is paying its existing pilots.

At present, NAC is recruiting three foreign captains for its A320 jets following which, they will be paid USD 15,000 every month.

Procurement of Additional Flights and Recruitment of Crew
The corporation has already got its first Airbus A330 jet and is expecting the second one’s arrival anytime in the following three weeks. For this, it will start looking for 12 captains and 12 co-pilots.

“All these 24 pilots will be hired from foreign countries,” says Kansakar.

The corporation has expressed that it will need eight captains to fly four ‘Made in China’ Y12e aircraft.

Related Plans
The corporation has also revealed its plans for separating its domestic operations from international ones.

“We have been receiving complaints from all sides that the national flag carrier doesn’t seem interested to fly its domestic aircraft. Hence, we are splitting the operation into two entities that will be managed separately,” says Kansakar.

Among its old flights, the corporation has sold one of its two Boeing 757s and plans to sell its second flight by next year.

It also plans on selling its 40-year Twin Otter. “In the next two years, we will have all new planes in our fleet,” says Kansakar.

NAC Strategic Shift to Draw ‘Big’ From Tourism
With major shift driving profits from tourism, NAC plans to procure two new wide-body-aircrafts and move its focus to high-end tourists from migrant workers which is the current trend.

Managing Director Kansakar explains this when he says, “We are planning to expand our service to various developing and developed countries with an aim to service high-end tourists.”

Amidst the hullabaloo concerning Visit Nepal Year 2020, NAC is also preparing to back the government’s aim of bringing two million nations to the country by 2020.

Revealing this decision in his address to the media, Kansakar said that it is NAC’s duty to support the government’s aim of bringing in more high-end tourists from other countries.

“Currently we are only flying to India, some Middle-East destinations and other comparatively cheaper destinations,” Kansakar says.

Since the European Union has also lifted the ban on Nepal aircraft, Kanaskar told media that NAC will now religiously work on resuming flights to Europe.

“We believe that restarting direct flights to Europe will go a long way in bringing in high-value tourists to Nepal,” he says.

“Currently we are only flying to India, some Middle-East destinations and other comparatively cheaper destinations,” added Kansakar.

In June 2018, the Nepal government signed ‘air pacts’ with Japan to renew its air ties with the country and provide more window for flights operating between both the nations. Currently, it is in talks with Australia.