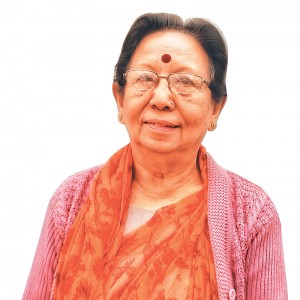 The Nepal Pragya Prathisthan in collaboration with Banita, a Nepali literary magazine came together for a discussion when the question about, how the arrival of female writers changed the Nepal literary scene in the last eight decades.

Addressing the audience during the event, author Maya Thakuri spoke about figures such as Devkumari Thapa, Parijat, and Prema Shah who set the benchmark for women writers. During her talk, Thakuri emphasized on Devkumari Thapa’s contribution among other writers. Thapa shot to fame after she published her short story Patan (1949), translated as decadence or decline.  Continuing further she said, “Thapa brought the history of womanhood in the country into public limelight. She provided much needed awareness in Nepali society,” “All the woman writers then as well as now follow her path.”

Apart from Maya Thakuri’s talk, literary critic Gita Tripathi presented a paper titled ‘Tradition of Women Writing in Nepal’. Stating the scenario of the past, Gita said, since stories written by women were filtered through the lens of patriarchy, there has never been a proper understanding of the scope of woman writing. She further added, “Those who think that woman writers only write about individual struggles miss the point,”

In view of this, her paper presented an argument on how the changing political landscape has presented more scope for the betterment of women writings.