The National Assembly election saw a total of 1,677 voters, 1,234 local-level officials and 443 Provincial Assembly members of the six provinces
News 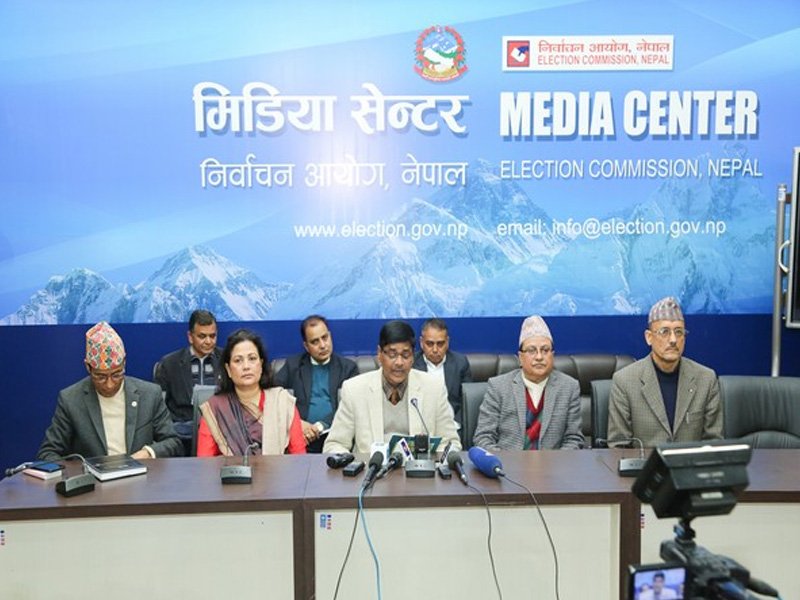 After the successful completion of the most-awaited provincial and parliamentary polls, Nepal today witnessed the National Assembly elections across six provinces.

Nepal’s National Assembly has a total of 59 members, of which, 56 will be elected through the electoral college that includes assembly members of seven provinces, chiefs and deputy chiefs of municipalities and rural municipalities.

The other three members will be selected by the President in line with the government recommendations.

The National Assembly election saw a total of 1,677 voters, 1,234 local-level officials and 443 Provincial Assembly members of the six provinces.

This election for Upper House is coming after the country has recently seen its long-awaited elections that saw election of members for various provinces and House of Representatives.

The current election holds significance owing to its key role in announcing the final results of the recently-concluded federal and provincial polls held on November 26, 2017 and December 06, 2017.

Following the vote counting of this election, the Election Commission will submit final results to the President. Following this, the commencement of Parliament and election of the new Prime Minister of Nepal will take place.