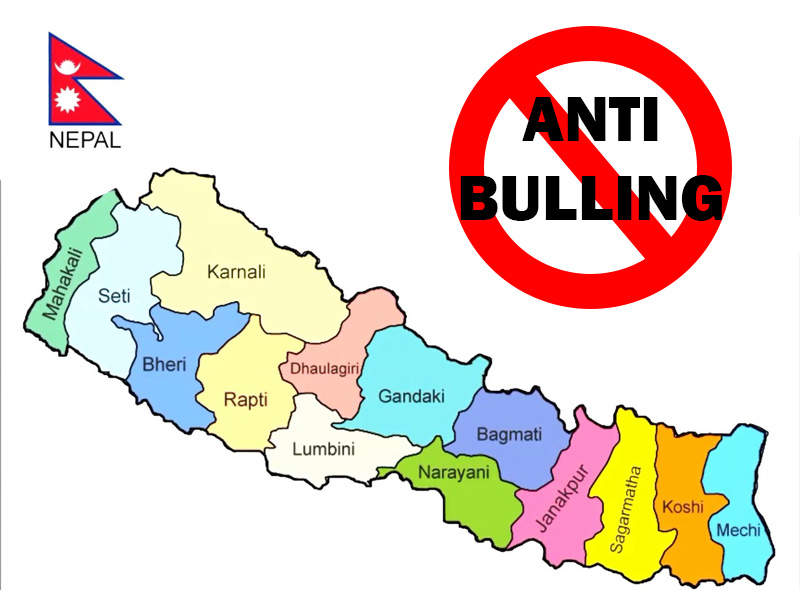 In a stringent move tackling bullying, the Nepal Ministry of Women, Children and Senior Citizens (MoWCSW) announced its plans of formulating an anti-bullying policy.

A future action plan revealed by the MoWCSW states that it will also enforce an Anti-corporal Punishment policy.

The said policy will implement children safety that is threatened by bullying and its adverse effects.

Studies and Surveys conducted on Bullying:
The Knowledge, Attitude and Practices Survey 2015 conducted by the Ministry, reveals the following findings:

According to a 2016 UNICEF study, psychological bullying and hazing by adults or other children through Information and Communication technologies (ICTs) or Cyber-bullying was a serious form of mental violence against South Asian children.

The study also warned that easy access to the Internet and growing popularity of camera-equipped smartphones had led to the rise of cyber bullying.

Additional Provisions of the MoWCSW Anti-Bullying Policy:
The Ministry also says that it will establish and run an integrated rehabilitation center and well-furnished old age homes to care for women and children who have been victims of bullying and senior citizens.

“The ministry will also set up a help desk at the central level to receive and redress the grievances of women, children, persons with disabilities and senior citizens. Rapid response teams comprising representatives from civil society, teachers and journalists will be formed for immediate rescue and protection of victim women and children,” informs the MoWCSW.

Interestingly, the Ministry says it will work closely with transport operators to establish women safety on public transport.

Existing Nepal Laws define sexual assault as any form of sexual contact or actions like tapping, touching and showing sexually explicit pictures/videos to persons without their consent.