Nepal Television, NTV Plus, NTV News and NTV Kohalpur have been converted to HD mode with effect from January 31, 2019
Entertainment
Government
News
Uncategorized 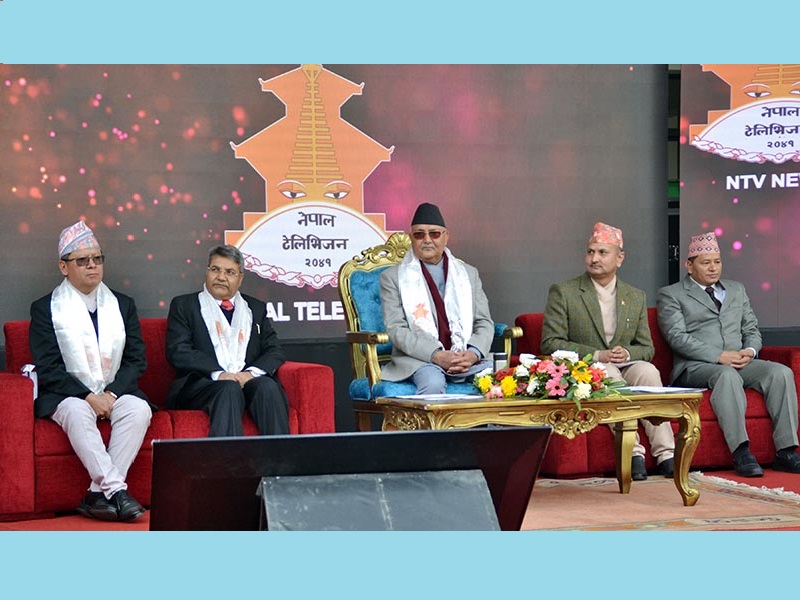 All four channels including Nepal Television, NTV Plus, NTV News and NTV Kohalpur have been converted to HD mode with effect from January 31, 2019.

Nepal PM KP Sharma Oli stated that the country has already moved ahead towards digital Nepal, e-governance and paperless technology while outlining Nepal’s progress in terms of digital transformation. 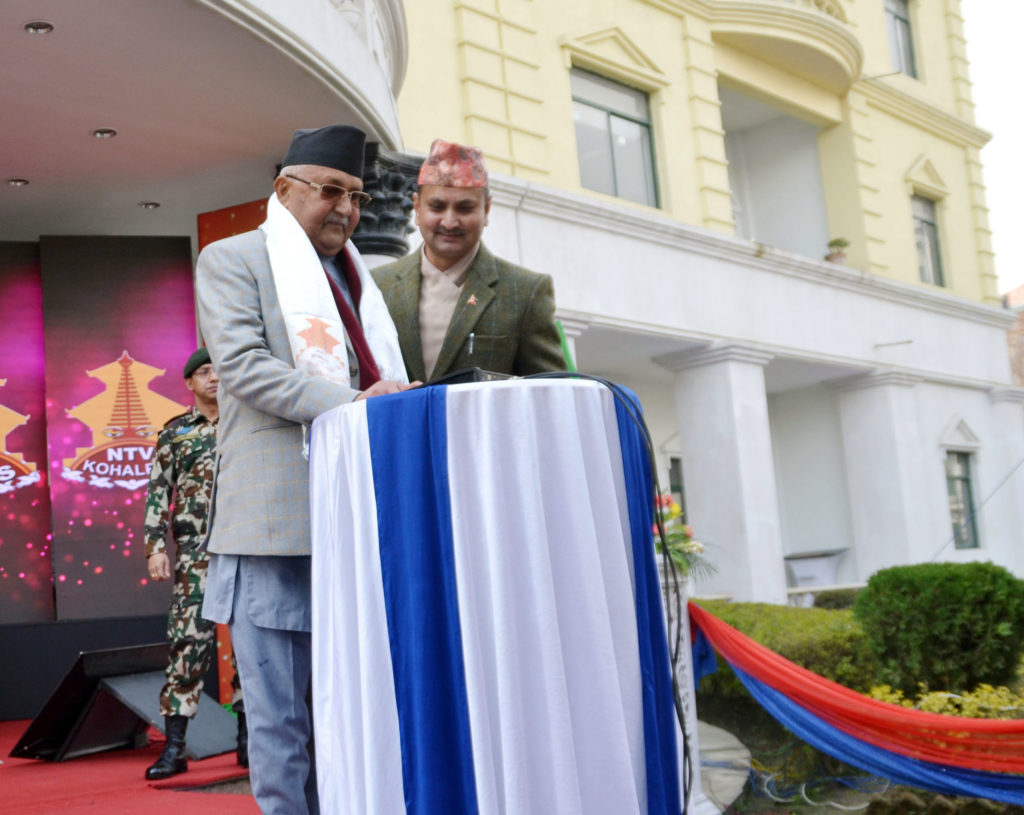 Speaking further about Nepal’s digitization goals, the Prime Minister said that the agriculture, energy, education, health, industry, infrastructure and tourism sectors of Nepal will be modernized.

He also spoke about Nepal’s supercomputer, developed in collaboration with Switzerland that was a milestone achievement in Nepal’s journey to digital transformation.

“Nepal has been moving one-step ahead with modernization every day in every sector. We have been moving forward with the national goal—economic prosperity, good governance and prosperous Nepal on the basis of gained achievements. We all can move ahead in the race of modern Nepal,” said Oli.

The Prime Minister fondly recollected that Nepal Television was established at a time when he was in Pokhara jail during the Anti-Panchayat movement and said that an era of change and awareness has begun in Nepal on the occasion of NTV’s 34th Anniversary.

He stated that Nepal Television has different duties compared to other television channels.

Baskota said that Nepal Television is a people’s television and not a government organization.

“There is no government interference on Nepal Television”, Baskota said while adding that the government has always been providing support to the Nepal television.

The Communication and Information Technology Minister stressed on the need of providing resources to NTV and establishing it as a well-equipped source to stay ahead of the competition.

He called on the NTV staff to be more professional and sharpen their expertise, rather than depending on a political party or any government minister.

Baskota also advised that NTV should adopt public service broadcasting (PSB) model in the next six months from now.

The legal framework for combining NTV and Radio Nepal into PSB is still pending.

Chairman of NTV Dr. Mahendra Bista informed that guidelines have been issued for making the television newsroom more independent, professional as well as people-centric.

Besides, nine local reporters and 28 staffers were awarded for completion of 28 years of service at NTV.