Seems a serious debate is going on between the Government of Nepal and the US Embassy in Kathmandu.

The Ministry of Foreign Affairs expressed its discontent for the US Embassy’s latest decision to launch a video series program for Nepali public.

The US Embassy to Nepal has announced its plans to launch a video series called ‘Guff Gaff with the Ambassador’ with an aim to interact with Nepali general public.

However, the Ministry says the Embassy had not taken any prior consent from the Ministry before announcing the program on Facebook.

In this regard, the Ministry said it will definitely seek Embassy’s explanation on this matter.

“Generally, ambassadors are not supposed to hold such events without prior approval of the host governments in existing diplomatic practices,” said Nepal Foreign Affairs Secretary Bairagi. 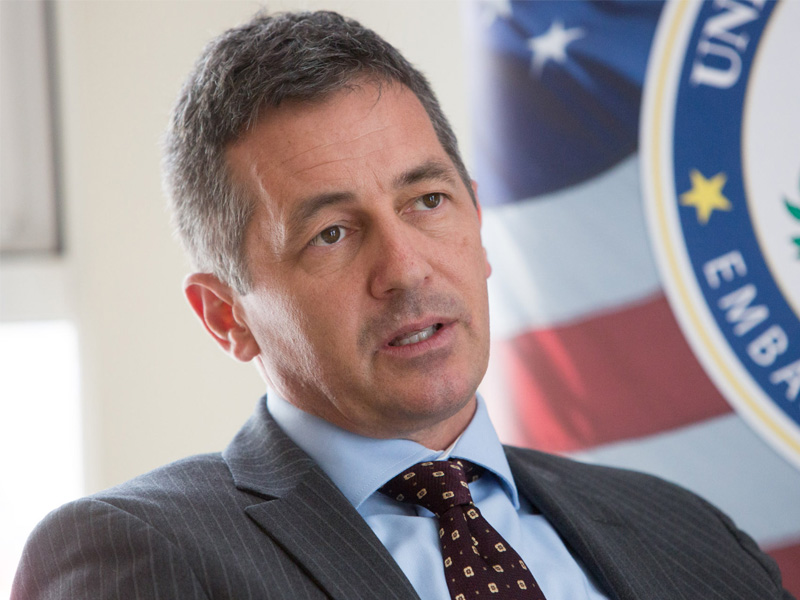 The Us Embassy has planned a weekly video series called ‘Rajdut Sanga Guff Gaff (chit chat with ambassador)’ to be published every Monday.

Through this, the Embassy aims to interact with all 4 million followers across its social media channels.

Ambassador Berry’s video post on this announcement has received wide attention from all sections of Nepali audience, who started commenting about the interaction program.

While some called it ‘undiplomatic’, some termed it as promotion of ‘public diplomacy’.

Even foreign affairs experts also expressed their concern about the Embassy’s program.

Former Chief of Protocol of the Ministry of Foreign Affairs Gopal Thapa said the US Ambassador’s announcement goes against the diplomatic norms prescribed by the Vienna Convention. 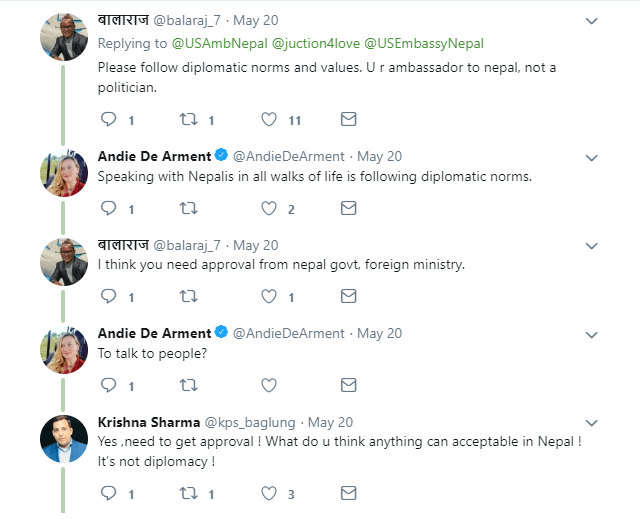 Another former Chief of Protocol of the Ministry of Foreign Affairs Rambhakta Thakur argued that the US Ambassador should be controlled from holding public interaction on social media.