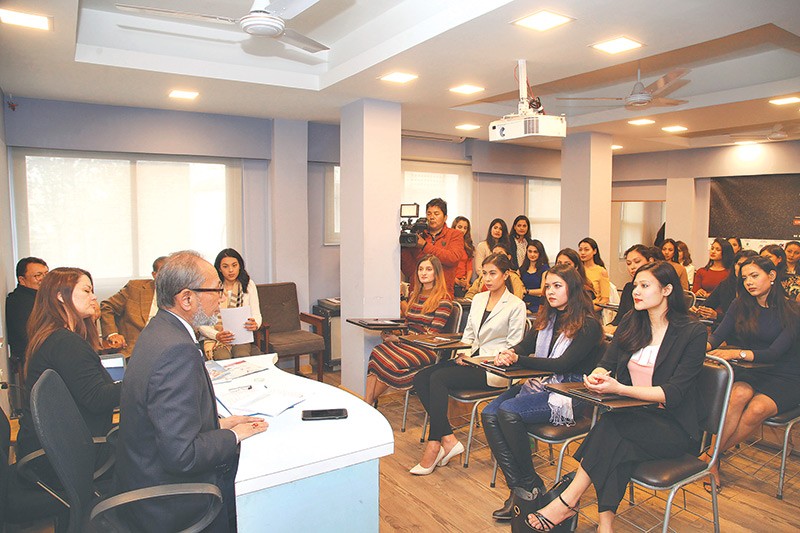 The most-awaited Nepal’s premiere beauty pageant Miss Nepal 2018 gets on to track!

Following the announcement of this 23rd edition of Nepal’s largest nationwide beauty pageant, beauty hunt began across the country and has drawn a huge response.

In a recent update, the organizer of the event Hidden Treasure came up with an update on the number of contestants finalized for the competition.

According to The Hidden Treasure (THT), a total of 25 contestants from eight different cities including Kathmandu, Chitwan, Pokhara, Butwal, Nepalganj, Butwal and Dhangadi are going to compete in this national beauty contest in April.

“The competition will be tougher this time…We have beautiful, smart and intelligent participants not only from within Nepal but also those who have been residing abroad for a while,” says Gopal Sunder Lal Kakshapati, THT Chairman.

The contestants are currently undergoing week-long training sessions, which includes recreational trips to Pokhara and surrounding areas along with a visit to tourism hub of Ghandruk.

As every year, Miss Nepal 2018 will also see four beauty titles including Miss Nepal Universe, Miss Nepal World, Miss Nepal Earth and Miss Nepal International, and the contest for Miss Nepal Asia Pacific is yet to be announced.