The Department of Survey is in the process of printing 10,000 copies of the new map.
Business
Education
Government
News
Special Stories
US-Nepalis

Despite the close linguistic, cultural and religious ties between Indians and Nepalis, the border disputes have strained the relations between them.

Lately, on May 20, the Nepali Government has released its revised map featuring Limpiyadhura, Lipulekh and Kalapani, the territories encroached by India. This, in turn, added fuel to the fire.

During a digital press conference on Wednesday, the Nepali Land Reforms Minister Singha Durbar Padma Aryal has unveiled the new political and administrative maps of Nepal.

The new map features villages including Gunji, Nabhi and Kuti located in Limpiyadhura, Lipulekh and Kalapani.

Sharply after officially releasing the revised map, the Department of Survey has started printing the new map at the Department’s press.

According to the Survey Department Director-General Prakash Joshi, around 10,000 copies of the map will be printed and distributed to all government offices and other places.

Earlier on May 18, the Nepali Cabinet has endorsed the new political map.

The New Nepal Map can be downloaded from the official website of the Survey of Department, click here!

However, the Indian Government has reacted sharply to Nepal releasing the new political map. 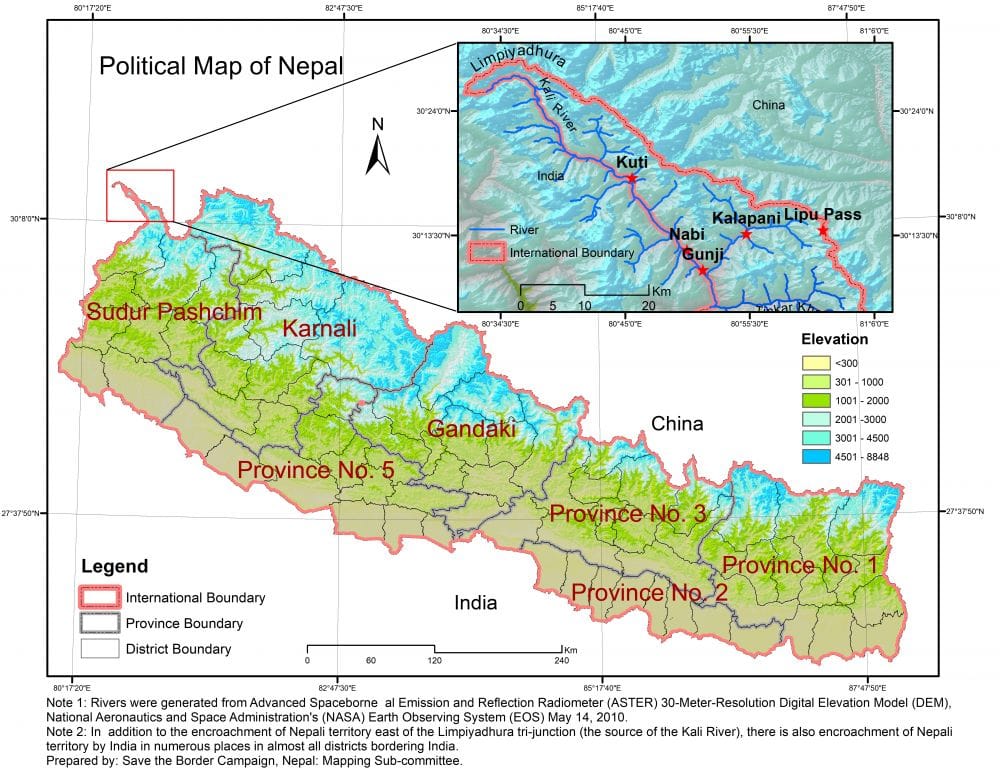 “This unilateral action is not based on historical facts and evidence,” exclaimed Indian External Affairs Ministry Spokesperson Anurag Srivastava.

“It is contrary to the bilateral understanding to resolve the outstanding boundary issues through diplomatic dialogue,” he added while asking Nepal to refrain from the unjustified cartographic assertion.