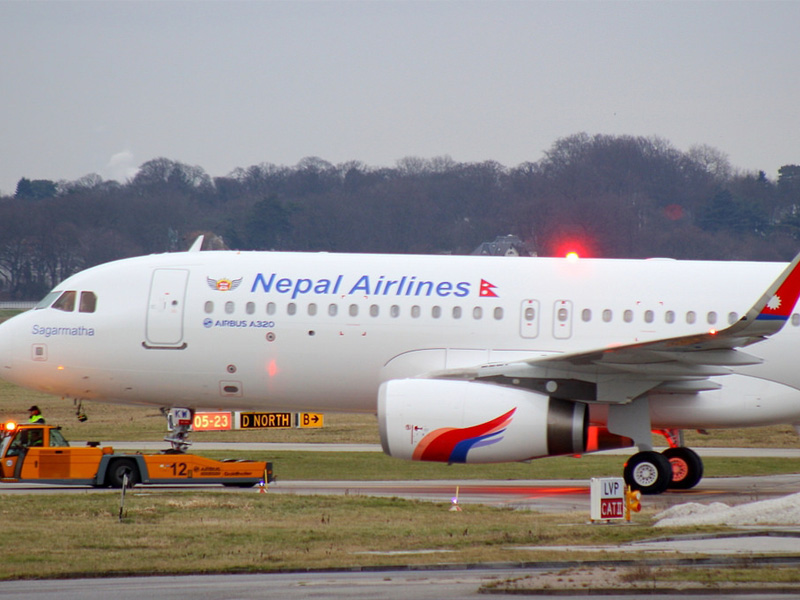 The USD 209.6 million Airbus deal turns out to be the costliest affair for Nepal in its entire aviation history!

Terming the deal as one of the biggest corruption scandals in Nepal’s history, the Parliamentary Public Account Committee (PAC) informed that the procurement of the two-wide body Airbus A330 jets has resulted in a loss of NPR 4.35 billion for the Nepal Government.

Nepali Congress lawmaker Rajan KC prepared a 58-page investigation report, which he submitted to PAC on January 03, 2019. The report allegedly points at officials of the highest level in the Tourism industry involved in the procurement process of the two-wide body aircraft.

The report was prepared after a 20-day long investigation charging Tourism Minister Rabindra Adhikari and former ministers Jivan Bahadur Shahi and Jitendra Dev of not taking enough measures to cancel the deal.

Shahi was charged for paying the commitment fee for the jet’s purchase through a ministerial-level meeting.

However, in his statement to the investigation panel, he denied being directly involved in the NAC jet procurement process.

Dev was accused of making the initial payment to HiFly X Ireland, the supplier of both aircraft.

“But Dev lied to us, saying that he was not involved in any deal,” KC told lawmakers in a PAC meeting.

Minister Adhikari was charged with negligence for sending the final payment to the Portuguese company despite promising to perform a detailed investigation of the case.

Instead, he only carried out an in-house investigation.

“The NAC has not given us the bill of sale of the two jets. We suspect that the ‘irregularities’ amount could go further up if the bill of sale is calculated. It needs a further investigation on the amount released to HiFly X by NAC and the amount paid by HiFly to the aircraft manufacturer Airbus,” KC told lawmakers.

“We have asked PAC to get the payment details from the Airbus through the Foreign Ministry,” KC added.

According to the sub-committee report, the NAC signed USD 209.6 million contracts for two A330-220 jets with the United States AAR Corp in April 2017 without paying heed to the rate suggested by its sub-committee.

While the sub-committee had suggested that each jet would cost USD 93,047,434 based on the 2016 rate card, the NAC’S negligence has cost Nepal USD 23.6 million losses for two jets.

Specifications including maximum takeoff weight were projected lower to 230 tons instead of 242 as mentioned in the bid document.

This reduction in takeoff weight has cost the country a loss of USD 8.4 million.

According to NAC’s bid document, the minimum age of the proposed aircraft cannot exceed more than 10,000 hours and the date of manufacture should not be older than January 2014.

This indicates that the national flag carrier ordered second-hand or old planes. Following this, there should be a price reduction.

However, NAC had made a price escalation at an optimum limit for old planes causing USD 6.8 million losses to Nepal airways.

Additionally, a 38-member visited Toulouse in France to inspect the jets that cost an additional NPR 10 million according to the KC report.

Lawmakers say that they will finalize the report and send it to the Tourism Ministry and the Commission for Investigation of Abuse of Authority (CIAA) for stringent action against nearly 4 dozen people.

CIAA may conduct an independent investigation.