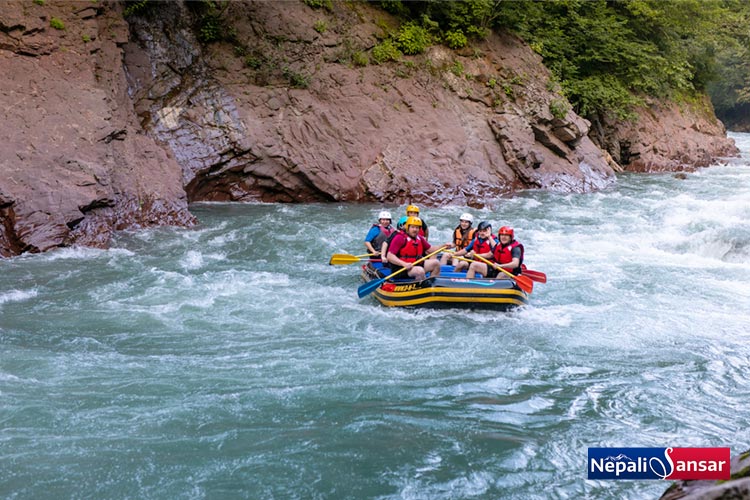 In a move promoting Nepal as an adventurous water tourism destination, the Nepal Association of Rafting Agencies (NARA) is conducting a three-day river rafting festival during November 21-23, 2017.

This festival is coming as the 16th edition of the Himalayan White Water Challenge (HWCC), a river rafting festival.

NARA has been organizing this festival since 2002 in different rivers and now, the 16th HWCC festival is being held in the Trishuli River from Dhading to Chitwan.

Through this festival, NARA aims at promoting domestic and international tourism in Nepal with regard to adventurous water rafting and establish the country’s image as the best global destination for adventurous water tourism.

NARA also intends to enhance the skills of river guides and athletes using this platform.

Apart from Nepal, the championship is being supported by river guides from different countries such as India, Japan, America, Dubai, Turkey, Italy, Britain and Iceland, and a total of 500 athletes are expected to participate.

The championship will be held in four categories and the winner of each category will be awarded with a cash prize of Rs 100,000, followed by Rs 50,000 and Rs 30,000 for the second and third positions, respectively.