According to DoS, so far Mount Qomolangma's measurement is complete up to 2,800 m
News
Tourism
World 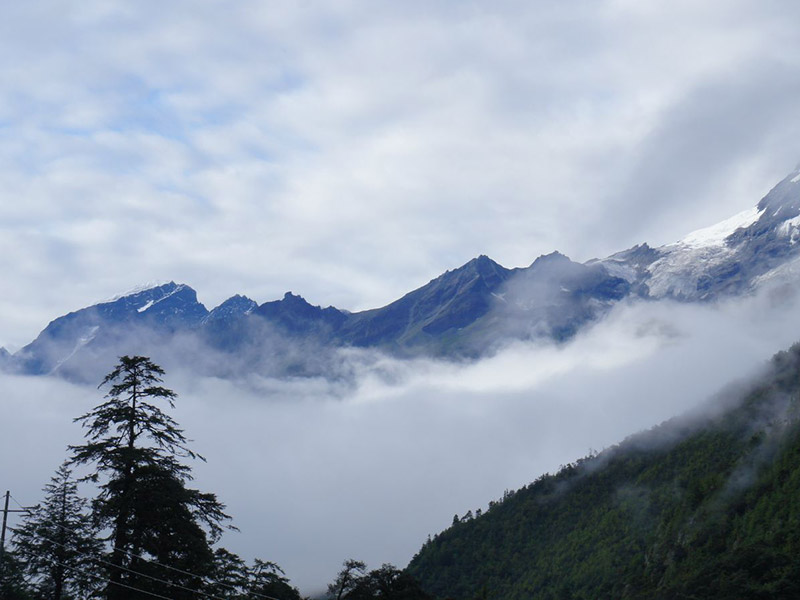 Nepal has made its first expedition to Mt. Qomolangma – ‘World’s Tallest Mountain’ but with a different mission.

Yes! The country decided to scale the height of the mammoth mount only to measure its height.

In an expedition that begin in February 2018, Nepal’s Department of Survey (DoS) sent a team of 27 members to conduct this operation.

According to DoS, it is measuring the mount’s height after the massive 2015 earthquake devastated Nepal. Many countries have conducted expeditions on the mount bringing out different results on its height. However, Nepal has never been on an expedition to the tallest mountain within its boundary.

DoS said, so far the measurement is complete up to 2,800 m from sea level.

Additionally, the team has installed temporary benchmarks within a gap of every 200 m and permanent ones in every 2 kms to eliminate any scope for error in measurement.

At ground level, the team has measured 170 km in distance from Madar in Siraha district to the southern edge of Sulukhubu district that is home to Mt. Qomolangma.

“We completed the work of precise leveling in 170-km-long distance from Madar to Solukhumbu. Now, we have to work on the 78-km-long distance to complete the work,” said Sushil Dangol, Coordinator, Everest Height Measurement Secretariat, DoS.

The progress of the mission was hindered due to rainy season throughout July, August, and September.

DoS has established a deadline of 2019-end for measurement competition and results.

Following are the height estimates made by several countries and survey groups:

DoS has planned to measure the height of the mountain with and without snow and rope in an international expert during data processing to claim international recognition for the achievement.