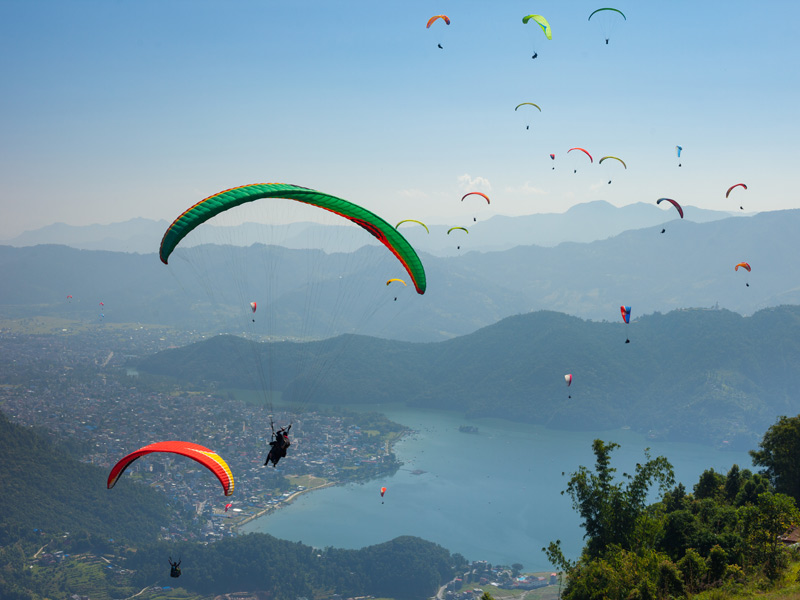 After making its mark at the World Powerlifting Championship and marking its grand entry at the recently-held International Toastmaster Contest 2017 with 24 awards, Nepal is again in news for leading the way at the International Paragliding Tournament 2017.

In the international paragliding competition, held in Swarek of Syangja (Nepal) from November 1-6, 2017, Nepali paragliders led the way by bagging all the awards on offer at the competition.

The awards were categorized by overall event, accuracy and cross-country events, both in men and women categories.

Women’s overall and accuracy events saw B Singtan in the leading position, followed by Sabita Tamang and Nikita Sunar.

In the women’s cross-country event, Nikita Sunar lead the way followed by Tamang and Singtan in the first runner-up and second runner-up positions, respectively.

The competition also selected top-three pilots in the Tandem category with Bishal Thapa standing first, followed by Prem Timalsina and Alice Thapa in the second and third positions, respectively.

A Step Towards 18th Asian Games

“We will select the national team from the shortlisted candidates by organizing another selection competition within a few months,” says Sanobabu Sunar, Chief Coach of Babu Adventure Club, one of the key organizers of the competition.