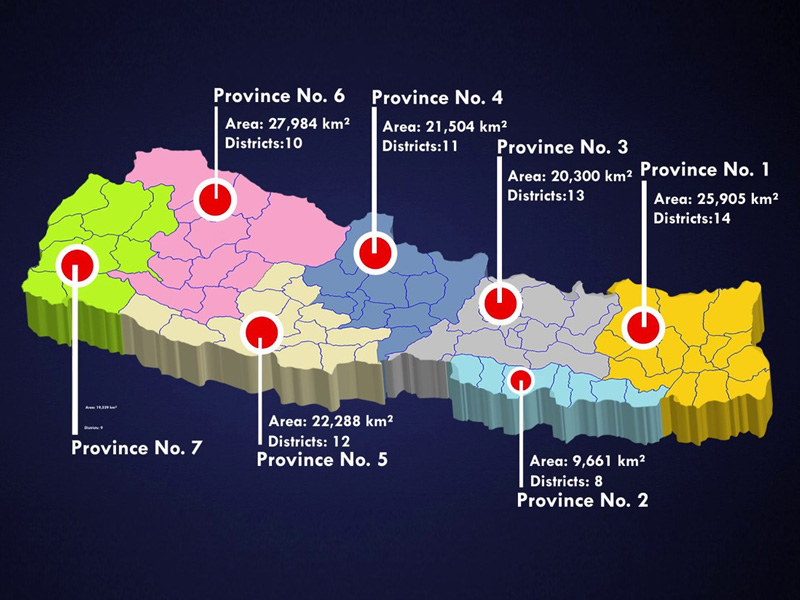 In another attestation to Nepal’s rapid development at the provincial-level, Nepal’s Province 3 and Province 5 have made some remarkable progress for Nepal’s economy.

According to Nepal Rastra Bank’s (NRB) recent study titled Economic Activity in Federal Structure, Province 3 contributed to about 31.6 percent of Nepal’s GDP followed by Province 1 at 17.5 percent and  Province 2 at 16.2 percent.

Province 5 has also made significant contribution to the country’s agriculture sector, industrial output and service sector with contributions of 16.9, 10.4 and 11.7 percent, respectively.

The study’s findings were revealed at program in Nepal’s Butwal on September 30, 2018.

“The government is ready to provide investment security to promote business and trade in the province,” he said in a ceremony organized at the Dhanusha Chamber of Commerce & Industry on September 29, 2018.

Province 7 Named ‘Sudurpashchim’
In another interesting update, Province 7 was named Sudurpashchim at a meeting of the Provincial assembly on September 29, 2018. Simultaneously, Godawari was chosen as its provincial capital.

Conclusion:
With so many achievements at the grass-root level, Nepal is bound to make progress at the international level. It is noteworthy that this progress is happening at a much faster rate and with mutual co-operation from the government, people and key stakeholders.