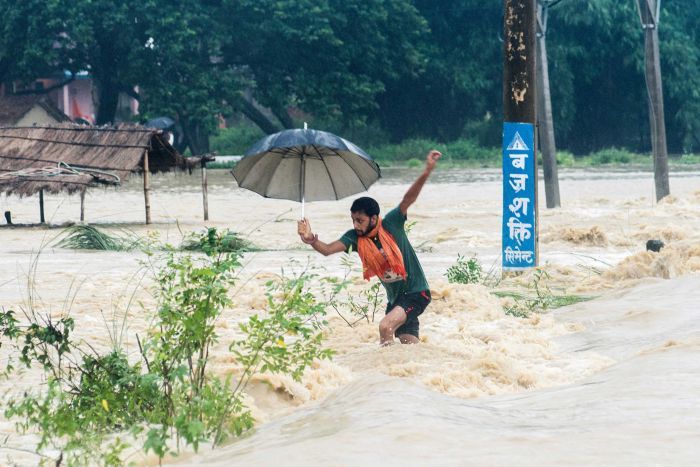 In a move addressing climate-related concerns at the local level, the Government of Nepal signed key agreements with the United Nations Development Program (UNDP) and the UK Department for International Development (DFID).

In a new deal, the two international bodies have agreed to support Nepal’s climate-vulnerable rural municipalities in Karnali Province, Province 5 and 7.

The two organizations will be supporting the provinces in design and implementation of climate resilient development initiatives.

According to an official statement released in this regard, DFID will be supporting UNDP in implementing the Nepal Climate Change Support Program (NCCSP) in around 14 selected rural municipalities of the said provinces.

The GBP 2.08 million or approximately Rs 300 million worth project (2018-19) would be implemented over the next year with these municipalities leading the process.

As a joint initiative of UNDP Nepal and the Nepali Ministry of Forests & Environment (MoFE), NCCSP has been helping Nepal’s climate-vulnerable districts in identifying and executing climate-resilient development projects for a period of five years.

Now, the new project has been agreed upon based on the learnings from the NCCSP program.

“The one-year project has been envisioned as a transitional initiative adapted to the new federal set-up of the country, based on learnings from the implementation of NCCSP Phase I since 2013 to 2017,” says Bishwa Nath Oli, Secretary, MoFE.

Meanwhile, UNDP Nepal Director Renaud Meyer expects the active participation of local representatives in improving the resilience of communities through this support.

“Climate change poses huge challenges for Nepal, especially the poor and vulnerable. The support will help the selected rural municipalities identify and deliver investments that build resilience against climate change,” reads a statement by Rurik Marsden, Head of Office, DFID.

Hope, the new agreement inspired by successful and already-executed projects will give a new hope to Nepal in addressing its vulnerability to climate-related issues.