Following a successful deal with India on airlines front, the Himalayan nation has now landed another milestone achievement in the form of Air Service Agreement (ASA) with Japan.

With ASA in place, Nepal carriers will now be able to operate flights in all airports across Japan except Haneda international airport in Tokyo. Now, the number of Nepali flights flying to Japan will grow seven-fold i.e. about 14 flights per week in comparison with 2 flights per week in the past.

This decision comes after an exhausting 12-hour negotiation between both the nations’ government associations.

The Story Behind
Nepal approached Japan for the first time with the Bilateral Air Service Agreement (BASA) on June 2, 1994. After the two nations signed on the dotted line, 400 seats were allocated to Nepal on a weekly basis. However, the number of seats amounted to only 2 flights per week.

With this scenario, the Nepal Airplanes Corporation (NAC) was the only airlines operator to send flights from Kathmandu to Osaka through Shanghai in China until 2008.

Fast forward to 2018, Nepal will now see a multitude of its airline carriers operating flights between the two nations!

Doing the Math!
Since 1963, Nepal has signed ASAs with 38 countries including New Zealand, Vietnam, and India very recently. This amounts to 6 million seats per annum to and from the Himalayan country.

Currently, 29 international airlines are operating flights between Kathmandu and 22 cities across Asia and Europe. 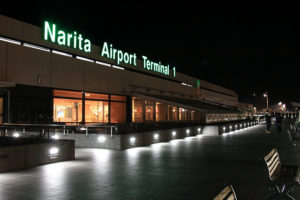 As per the ‘Fifth Freedom Traffic Rights’, Nepali airlines can operate three flights out of the 14 flights per week, i.e., Nepali flights can land in Hong Kong or airports in different countries, board passengers and continue to fly to Japan says Pramod.

The global ‘fifth freedom’ regulation provisions airlines to operate flights between foreign countries as part of their services connected to their respective home countries.