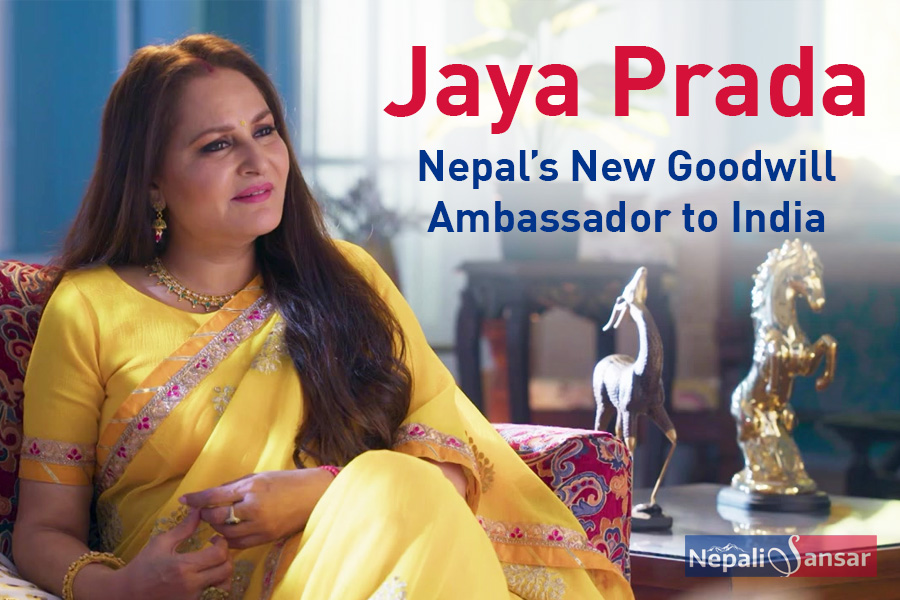 In a recent update pertaining to Indo-Nepal tourism cooperation, the Government of Nepal appointed Indian ex-MP and well-known veteran actress Jaya Prada as the new ‘Goodwill Ambassador of Nepal to India’.

A decision in this regard has been taken at the ministerial-level meeting of the Nepali Ministry of Culture, Tourism and Civil Aviation held on September 22, 2018, informed the Ministry spokesperson Ghanshyam Upadhyay.

As Nepal’s goodwill ambassador for a tenure of four years, the 60-year-old Jaya Prada will be promoting the country’s culture and tourism potential in India.

Nepali officials feel that the appointment of Jaya will boost the existing cultural ties between India and Nepal in line with the latter’s goal to achieve 2 million tourist arrivals by 2020 under ‘Visit Nepal Year’ campaign.

Jaya Prada is known for her popularity among Indian film and political fraternity for her active participation in Indian films and politics as well.