NIS 2019 has seen 15 new deals and MoUs for new investments in Nepal, along with 10 proposals for 17 projects presented
Business
Government
News 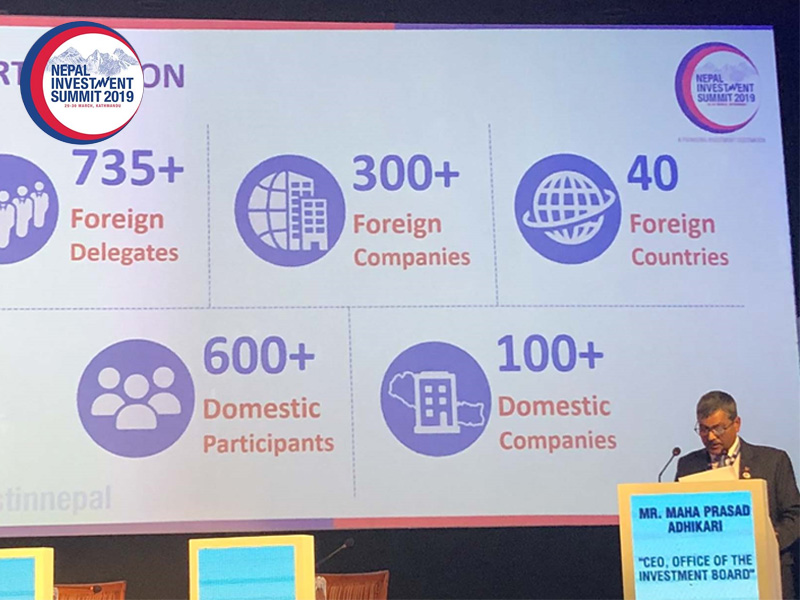 The last day of the summit included a parallel session and three plenary sessions followed by a concluding session at the end.

The first session of ‘Day-2’ NIS 2019, chaired by the Nepal Minister for Physical Infrastructure and Transport Raghubir Mahaseth made emphasis on the investment potential of road, railway and waterways in Nepal.

As part of the session, Joint Secretary at the Ministry Gopal Prasad Sigdel highlighted Nepal Government’s priority to mega physical infrastructure projects and informed that:

The session also stressed on water transportation potential of Koshi, Karnali and Gandaki rivers, and required investment on the same.

The panelists underscored the need for immediate formulation of plans and timely execution on physical infrastructure development for better economic development and prosperity.

“There is huge labor force, problem of load shedding is almost solved, and industrial atmosphere has been created. So, the foreign investors can make Nepal their destination,” said Confederation of Nepali Industries (CNI) Chairperson Bhawani Rana. 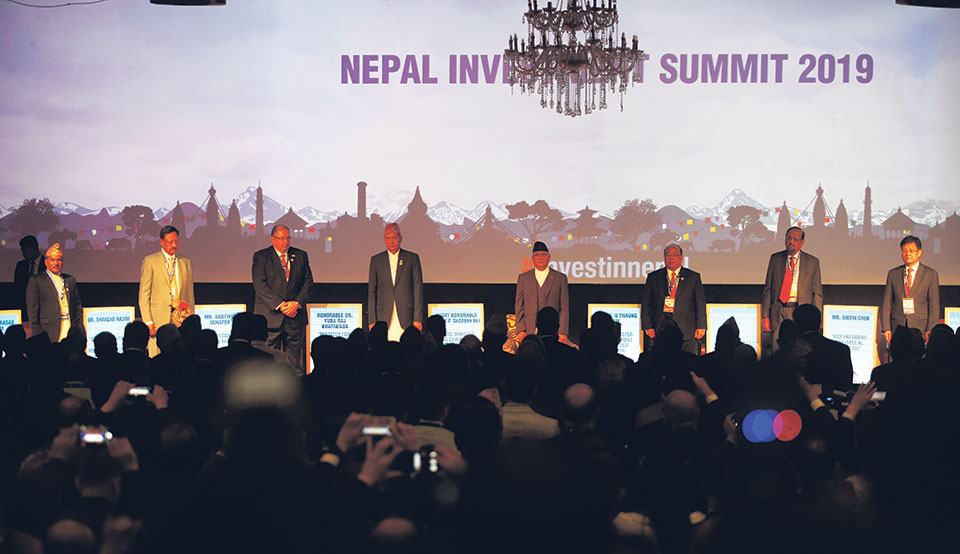 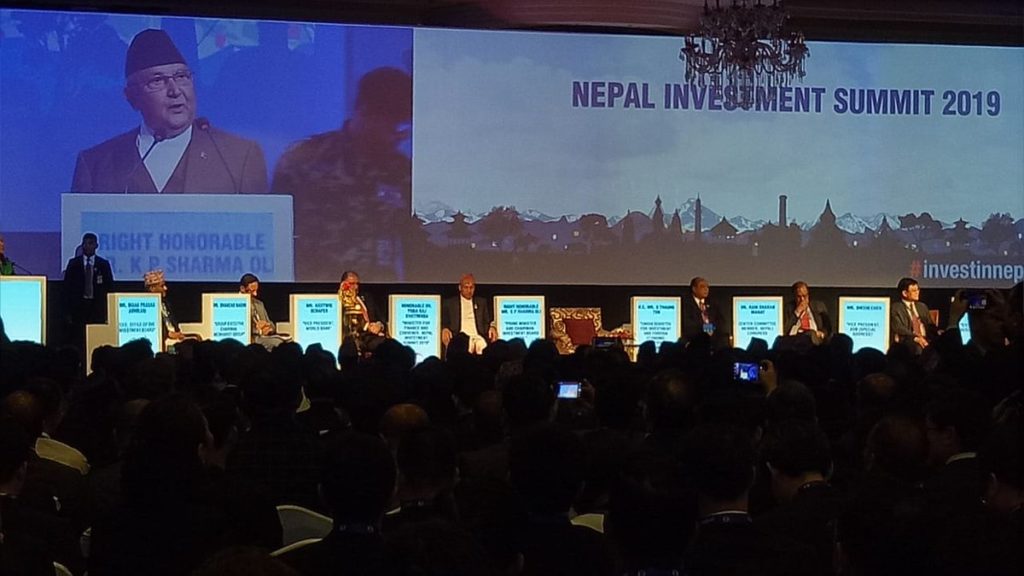 Let us all join hands together to unlock Nepal’s Economic Potential.- Maha Prasad Adhikari, CEO, Office of the Investment Board

Affordable tax rates have been fixed and laws have been made targeting investors. There is a possibility for investors to have a big market in Nepal which lies between two big nations – China and India. I want to urge all investors to invest and get high returns on their investment. – Dr. Yuba Raj Khatiwada, Honorable Minister for Finance

Plans have been made to make long-term investments in Nepal. – Shixin Chen, Vice President of the Asian Development Bank

Nepal has been a rising star in South Asia with foreign direct investment flows reaching a record high in 2017, and likely to remain an important investment destination in the region. This confirms Nepal’s efforts to improve its investment climate and become a competitive investment destination for multinational companies that want to have an impact. We stand ready to work with investors and the government to make Nepal a hub for investment in infrastructure that improves lives, leads to sustainable growth and delivers opportunity for its citizens. –  Keiko Honda, CEO of Multilateral Investment Guarantee Agency (MIGA)

With 25 projects approaching USD 3 billion in financing, we are here for the long haul and will continue to support infrastructure development, policy reforms, skills development, and anything required. There is a clear acceptance by Nepal authorities that the country’s prosperity will rely on crowding in the investment from around the world. Not only financial resources, but also technical and managerial know-how, will be critical to realize Nepal’s vast potential. – Hartwig Schafer, Vice President of World Bank South Asia

IFC has played a role in creating markets and supporting investments for 60 years. In Nepal, we are looking to scale up significantly our investments in strategic sectors such as hydropower, agribusiness, tourism, and financial inclusion. We are encouraged by the government’s efforts to improve the enabling environment and IFC plans to increase its cumulative investment portfolio to around USD 1 billion over the next four years. – Hans Peter Lankes, Vice President, Economics and Private Sector Development, IFC

Province 2 and Sudurpaschim emerged as the top investment destinations at the Summit.

While the Summit highlighted potentiality of different projects belonging to different provinces, Province 2 and Sudurpaschim have reportedly stood unique in attracting investors.

Despite number of projects, the province 2 attracted investors by showcasing its geographical importance, tax-related incentives and other special initiatives by provincial government.

It is noteworthy that majority districts of province 2 share borders with India, giving scope for trade and business opportunities.

Sudurpaschim also wooed investors in its way by showcasing its 7 seven projects identified by the Investment Board Nepal and 9 other projects of the region.

“There must be some positive competition among the provinces when it comes to wooing investors and develop provinces. Only if we try to develop on our own can federalism be stronger,” said Bijaya Kumar Yadav, Minister For Economic Affairs And Planning, Province 2 Government.

“It is difficult for provinces to organize such large-scale events. So, we sought to use the Investment Summit platform at best we can,” says Jhapat Bohora, Minister For Economic Affairs And Planning, Government of Sudurpaschim Province.

Responding on the Province 2 potential, CG Chairman Chaudhary said, “During our survey, we saw a very good investment opportunity in solar plant in Province 2. When we went to hold talks with Chief Minister Raut and his team, we were impressed by their professionalism and their commitment to support us. That boosted our confidence; our talks resulted in the signing of the memorandum of understanding during the summit.”

In this regard, Chaudhary explained that CG Infrastructure is planning to set up various solar plants in all 8 districts of the Province 2.

The Nepal Investment Summit 2019 worked out as a big platform for the Himalayan nation in showcasing to the world, its investment and development potential across sectors. Hope the Summit outcomes will add to the country’s portfolio in the days to come.