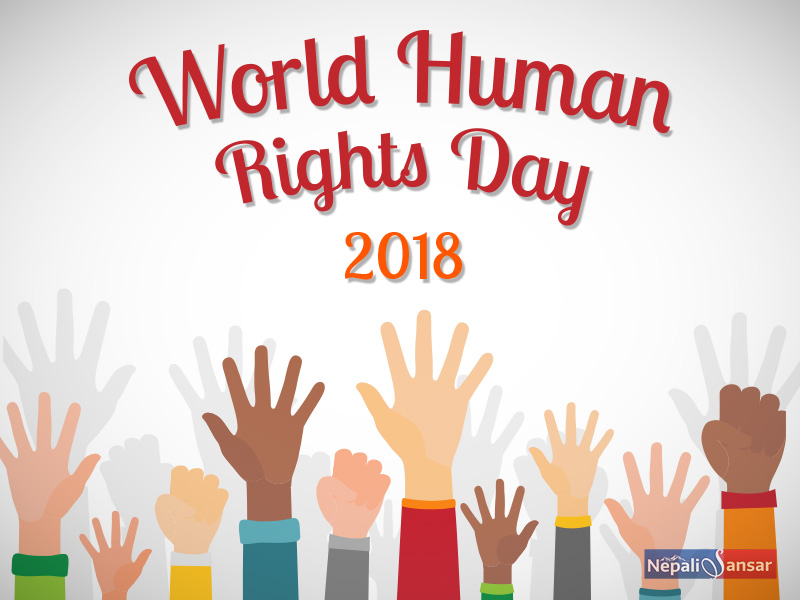 The world is observing the International Human Rights Day (HRD) 2018 on December 10, 2018 marking the 70th anniversary of the Universal Declaration of Human Rights (UDHR).

#HRD2018 is being observed with an aim to protect human rights and basic fundamental principles of human dignity in compliance with UDHR-set rules and standards.

“This is a challenging moment for human rights, but while the autocrats and rights abusers are capturing the headlines, they are spawning powerful resistance,” Kenneth Roth, Executive Director of Human Rights Watch, said in a statement.

Marking the day, around 30 major global destinations were decorated in blue lights promoting the importance of fundamental rights, globally.

Some of the major centers in US to be lighted in blue include:

There are many other places from UK, Belgium, Australia, Canada, Germany, and Qatar.

According to Roth, these iconic centers, lighted in blue, speak the significance of freedom and dignity, pitching for stronger human rights, globally.

“Illuminating these iconic landmarks is a powerful symbol that the values of freedom and dignity that inform the human rights cause continue to burn bright. It is a call to action and a reminder that despite these dark times, defenders of human rights, democracy, and the rule of law are winning key battles that are well worth fighting for,” read Roth’s statement.

On this occasion, let’s take a quick glance at the Human Rights Scenario of Nepal:
Nepal, as a country with decades-long struggle, has started witnessing the phase of development in the recent times.

Prior to today’s Oli Government, the country underwent almost all forms of damage, be it concerning human rights, climate change, social instability, among others, which all together pushed back the country’s developmental process.

Some of such notable incidents that are still a horrifying nightmares for the country include: Gorkha protests, April 2015 earthquake, August 2017 Floods, sudden transition of government functioning from erstwhile kingship rule to democratic style and today’s federal structure, many others.

During the process, the country suffered intense struggle and damage to its citizens, human rights scenario, inclusion and exclusion of communities, etc.

See here for : Human Rights Scenario of Nepal: From Past to Present

Balancing the shocks, now the country is making strides towards progress under the Oli Government. However, issues like Rohingya refugees, Nirmala murder case and many others concerning women rights, migrants rights, etc. continue to haunt the Himalayan nation!

It’s worth waiting to know where the country is destined to in its path of progress!