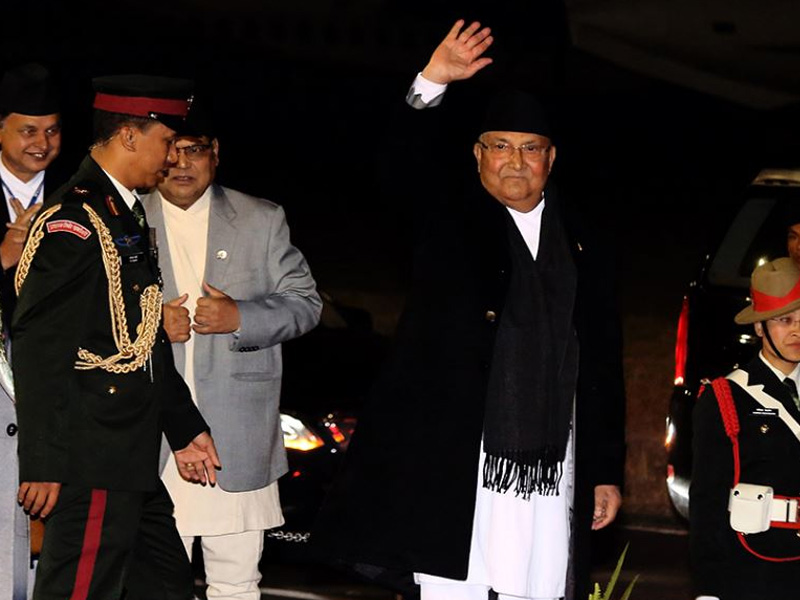 After the ‘Strategic Outlook on South Asia’ on January 22, 2019, Oli participated in another panel discussion titled ‘Shaping the Future of Democracy’ held as part of the ongoing conference.

Addressing the panel session part of #WEFDavos2019, Oli said Nepal Government strongly believes in democracy and has been successful in forming a federal government.

“We have brought tremendous changes in the field of democracy by abolishing an autocratic system to establish a federal democratic republic. Nepal follows the prime ministerial system with the executive powers resting on the cabinet and Prime Minister,” Oli told the session.

Oli clarified that there is no centralization of power and the country is enjoying independent parliament, judiciary system, press freedom and sovereignty among citizens.

“The government is committed to bringing changes on good governance and economic development which is guided by our motto of prosperous Nepal, Happy Nepalis,” Oli said.

Speaking about the press freedom, Oli maintained the Nepal Government maintains a normal relationship with Nepal as the democracy demands.

“In an autocracy, media is controlled to praise the rulers but in a democracy, they criticize, which is normal,” stated Oli highlighting press freedom in Nepal.

Speaking on yellow journalism, he said, “In the name of press freedom, if somebody gives false news and hurts others and damages other’s family life, prestige and business then it is not good.”

The Prime Minister also raised about impact of social media on young population, cautioning about possible misleads through such usage.