Finally, the Nobel Peace Prize is out!

In an enthralling update for global audience, the Norwegian Nobel Committee named
a Congolese gynecological surgeon Dr. Denis Mukwege (63) and a women activist Nadia Murad (25) for the Nobel Peace Prize 2018.

The duo was awarded “for their efforts to end the use of sexual violence as a weapon of war and armed conflict,” the Committee said in a statement.

While Mukwege has put his relentless efforts for the protection of his country women, Murad drew world attention through her boldness she used to fight wartime sexual violence caused by ISIS.

The #MeToo movement that shed light on survivors of sexual assault and abuse moved the Committee to give needed boost to the global campaign to end such menace in the global conflict.

“It’s not a women question; it’s a humanity question, and men have to take responsibility to end it. It’s not an Africa problem. In Bosnia, Syria, Liberia, Colombia, you have the same thing,” says
Mukwege, who is currently working in one of the most sensitive conflict places on the earth, i.e. the Eastern Democratic Republic of Congo.

Mukwege was admired all across for his outstanding speech on the United Nations platform, where he urged the world nations including his own country to fight out using ‘violence against women and rape’ as part of war strategy. 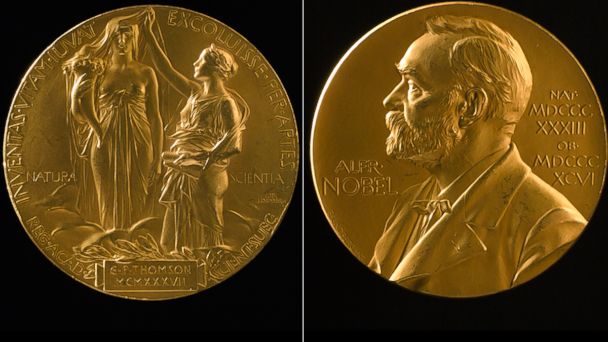 Murad, on the other side, has a bold story that won her the Peace prize today.

While many women survivors of ISIS refused to be identified, Murad agreed to get reported and photographed. She stepped further voicing her concerns in front of the global aid organizations, the United Nations Security Council, the House of Commons in Britain, the United States House of Representatives and various others, bringing the news to public domain.

“I will go back to my life when women in captivity go back to their lives, when my community has a place, when I see people accountable for their crimes,” says Murad.