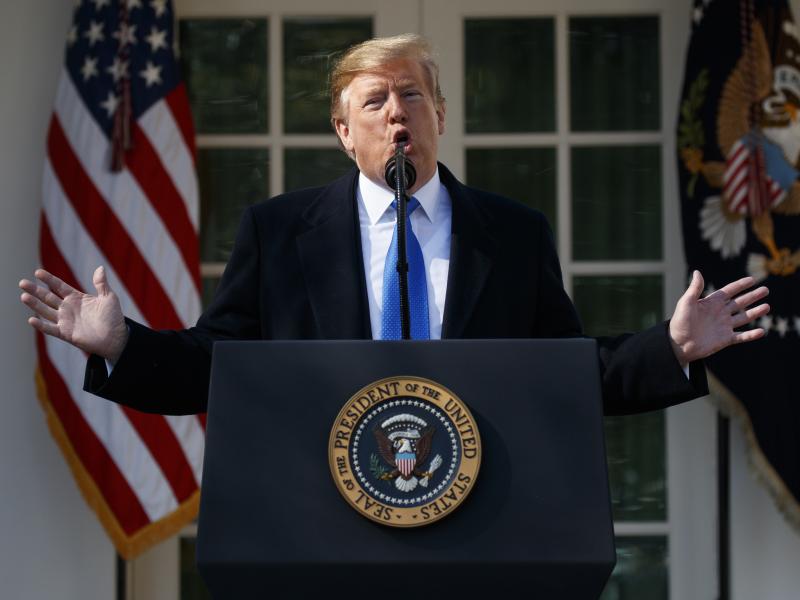 In a major move against the incumbent US Government, 16 US states sued US President Donald Trump on February 18, 2019!

A lawsuit was filed in the Federal Court of California after the US President declared a national emergency to fund a wall on the US-Mexico border.

According to the lawsuit regarding the border wall, the President’s order goes against the Presentment and Appropriation Clauses.

As per the aforementioned clauses, Congress becomes the authorizing authority over public funds.

With the declaration, the President would be able to bypass Congress and draw funds from the Pentagon and other budgets.

“President Trump treats the rule of law with utter contempt. He knows there is no border crisis, he knows his emergency declaration is unwarranted and he admits that he will likely lose this case in court,” said Becerra.

Speaking about the situation, Becerra further stated that the state of California and other states were at risk of losing money that was allocated for disaster assistance, military projects and other projects, if the project would be carried out.

California and New Mexican states also mentioned in the lawsuit that the move will harm wildlife in the region.

“Use of those additional federal funds for the construction of a border wall is contrary to Congress’s intent in violation of the US Constitution, including the Presentment Clause and Appropriations Clause,” the complaint said.

“Congress has repeatedly rebuffed the president’s insistence to fund a border wall, recently resulting in a record 35-day partial government shutdown over the border wall dispute,” reads the lawsuit document.

The document further stated that after the government reopened, the President signed a law according to which he was granted USD 1.375 billion only for fencing along the southern border. However, Congress made it clear that funding could not be used to build President Trump’s proposed border wall.”

The lawsuit also added that the Department of Homeland Security went against the National Environmental Policy Act as it failed to evaluate the environmental impact of the wall in California and New Mexico.