Apart from procuring weapons, four Sky trucks are also coming to Kathmandu from US.
News
World 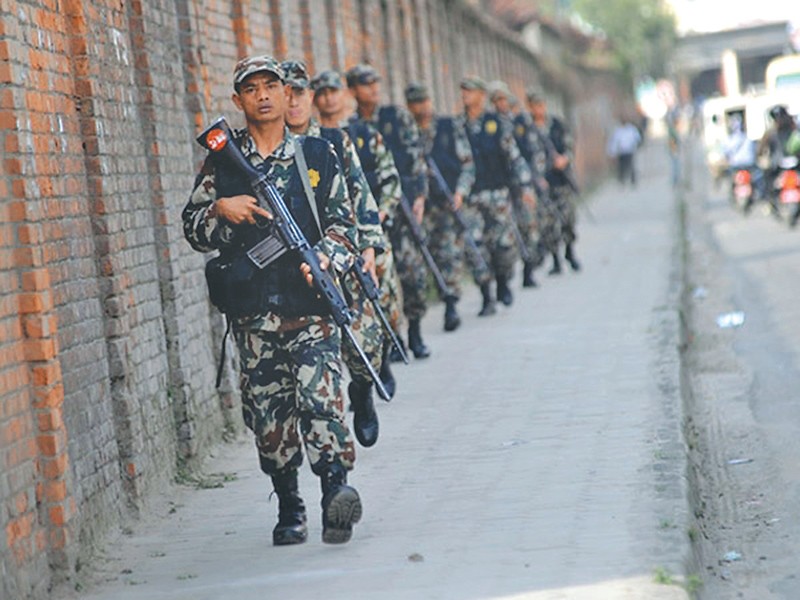 In a move preparing its Army for UN peacekeeping operations, the Nepal Government has decided to clear legal hurdles for the import of weaponry from the United States.

The government informed that it is ready to make full payment at a go for the purchase of assault rifles from the United States, keeping aside the national procurement law that mandates sum to be paid in three installments.

However, the proposal to amend is yet to be tabled in the Cabinet, says the Ministry of Défense.The decision is expected to ease weapon imports for the Nepal Army to equip its soldiers to be deployed across the globe under the United Nations peacekeeping missions.

As the reports say, the government is hurrying up in the weapon procurement process in line with the decisions taken by the United Nations with regard to its peacekeeping operations.

As per the discussions, every member nation of the peacekeeping operations should have their soldiers fully equipped as soon as UN orders for deployment of troops.

This point was also on priority for the Foreign Minister Gyawali during his recent visit to Washington DC, last week.

According to the Ministry of Defense Spokesperson Baburam Gautam, the government is most likely to clear the way soon for releasing the sum and all the arms consignments are ready to be delivered immediately after the payment.

The government is expected to pay NPR 2.19 billion for this deal agreed in a government-to-government deal with the US Army’s Pacific Command and is considering the full payment at a time after a series of requests made to the US Government.

The deal, which includes 6,492 M-16, M4 and A4 rifles, is expected to replace age-old rifles with the Nepal Army. “It is urgent that our soldiers get modern rifles while they serve in war-torn countries,” says Gautam. 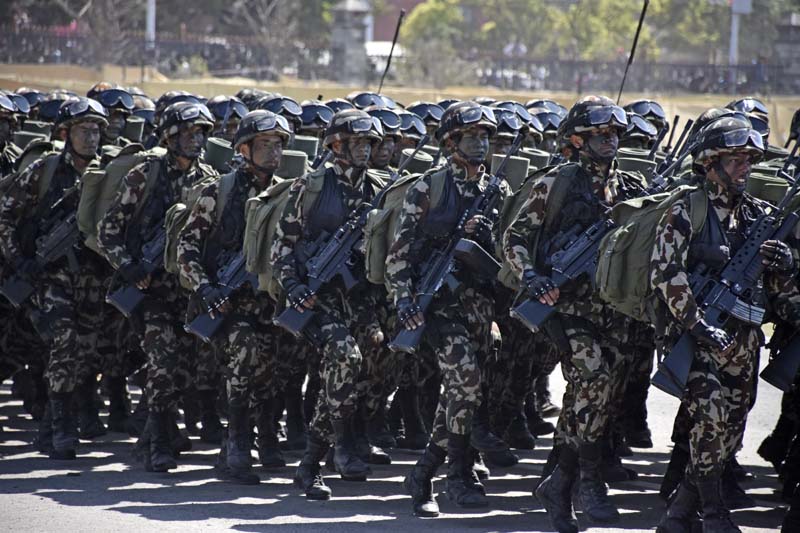 Apart from procuring weapons, four Sky trucks are also coming to Kathmandu from US.

In his recent trip, Gyawali also requested for an upgrade to Nepal’s only peacekeeping training center in Panchkhal, Kavre.

“We have also asked for Washington’s support to preparing the Army for disaster management,” he added.

Nepali Army had acquired M16 rifles for the first time in 2003 under US Government’s support to control the Maoist insurgency. Under the deal, Washington had provided nearly 17,000 sophisticated rifles to the Sher Bahadur Deuba administration.

Will have to see how the government acts on this matter pertaining to strengthening its own Army.