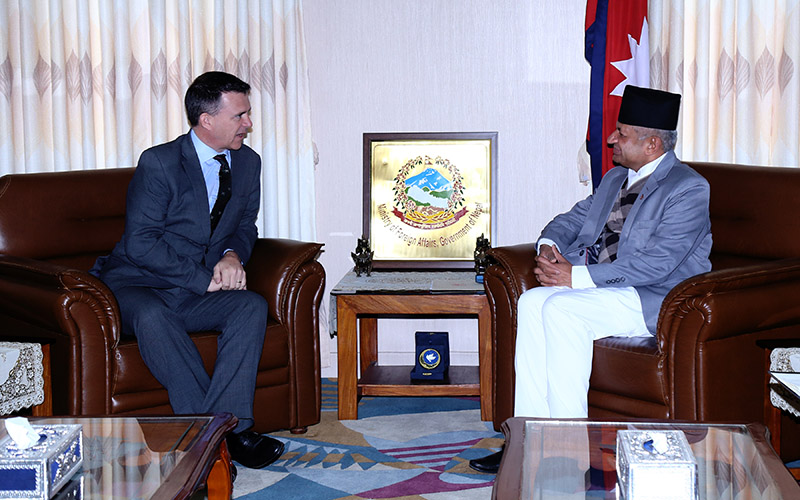 During his visit, the Britain Minister affirmed UK’s commitment of continued support towards Nepal’s socio-economic development.

In the meeting, the two countries’ representatives shared views on Nepal-Britain bilateral relations and several other areas of mutual interest.

“We held discussions on British support to Nepal for development and construction, the peace process and emergency cooperation, and the views of Nepal and its people towards the UK, a reliable partner in Nepal’s development,” informed Minister Gyawali.

The Nepal Foreign Minister also spoke to Minister Lancaster about addressing ex-British Gurkha soldiers demands and evaluating their contribution, without limiting the scope of resolving their issues to the financial aspect. The British side also received this request positively.

Let’s see what new progress awaits both nations, after the ministerial-level meeting.