Backed by high winds, Thanksgiving Day 2018 is being termed as the coldest in more than a century period
News
World 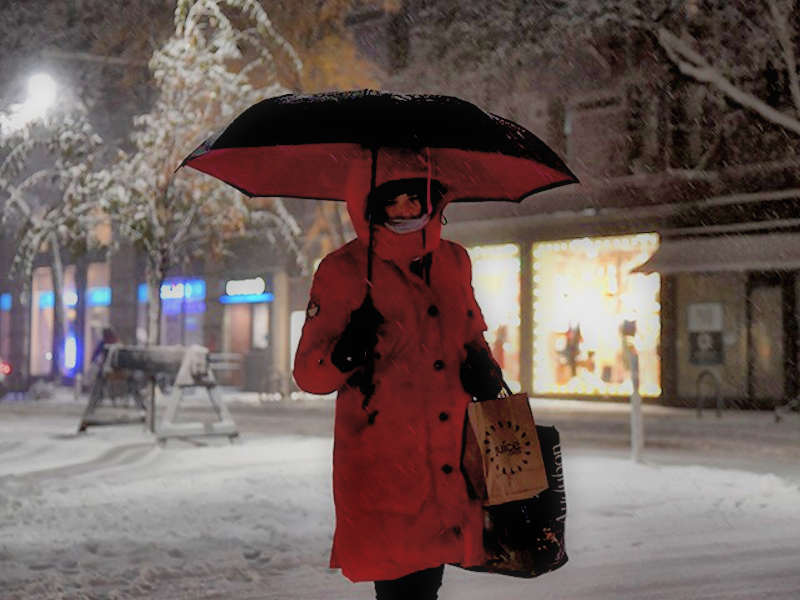 Its Thanksgiving Day 2018 time in US!

As the US public started gearing up for the long weekend backed by the Thanksgiving Day 2018 or Turkey Day 2018 on November 22, 2018, weather reports have some important update for them!

Meteorologists say that the country is about to face the ‘coldest-on-record’ climate and high winds on this Thanksgiving Day.

Different parts of the country, mostly Middle Atlantic and the Northeast states, are going to see bone-chilling winter temperatures ranging from 26-29 degrees on this Thanksgiving Day. 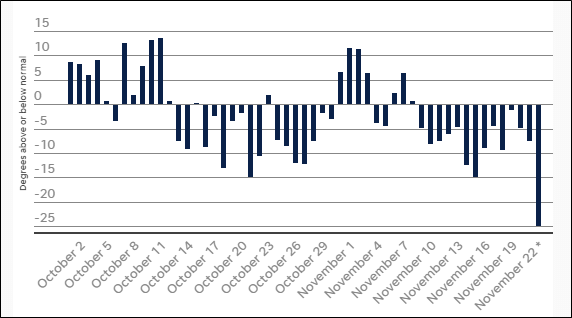 Besides, high winds are also making up concerns over the State’s celebrations on the Thanksgiving Day 2018.

As the reports say, NYC is preparing for heavy winds in the 15-25 mph range for the Day, with Macy’s parade organizers continuing on high alert since the day before. Although the parade is expected to take place, concerns continue to exist on whether the 16 giant balloons will fly.

It was in 1971 that Americans lastly saw Thanksgiving Day balloons grounded by heavy winds!

According to organizers, extra safety measures would be required if the winds continue in the
23-34 mph range.

“I’m a little concerned about it, because I don’t think people realize. … It’s Thanksgiving, so everyone knows it’s going to be cold, but no one realizes it’s going to be that cold,” reads a statement by Boston Mayor Marty Walsh.

What Meteorologists Report?
According to globally-renowned weather forecasting agency AccuWeather, people moving outdoors on this Thanksgiving Day may have to face coldest conditions on record in the north-eastern part of the United States.

“Thanksgiving Day 2018 will bring the coldest conditions of the autumn so far; it will flat out be blustery and frigid,” reads a statement in a report by AccuWeather.

The agency forecasts northwest winds to an average of 15-20 mph with gusts up to 30 mph throughout New England and along the coastal mid-Atlantic.

“Not only will people attending or participating in parades be at risk for hypothermia and frostbite, but also those people attending traditional Thanksgiving Day football games in the region,” says a report by Senior Meteorologist from AccuWeather, globally-renowned weather forecasting agency.

“Over the past 150 years or so, the bulk of the frigid Thanksgivings occurred during the mid-1800s to near the turn of the 20th Century,” it said.