Be it any matter, anything related to renowned personalities is undoubtedly a news!

Here is one such update about the world’s renowned scientist Stephen Hawking, who left this eternal world month back.

As the reports say, items related to Hawking like his most-advanced wheelchair, thesis papers, and other research works were announced for an online sale as an auction on October 22, 2018.

The sale announced by the auctioneer includes 22 items of Hawking, including his iconic wheelchair, Hawking’s doctoral thesis on the origin of the universe, few of his many awards, scientific papers such as Spectrum of Wormholes and Fundamental Breakdown of Physics in Gravitational Collapse, a script from The Simpsons, among others.

“Trace the development of his thought — this brilliant, electrifying intelligence. You can see each advance as he produced it and introduced it to the scientific community,” says Thomas Venning, head of books and manuscripts at Christie’s.

According to Venning, this thesis is a key document in Hawking’s scientific evolution and also gives a picture of his personal story.

That “was the fruit of him reapplying himself to his scientific work.” Hawking “kept it beside him for the rest of his life.”

The Simpsons is another important item put in the auction with Hawking’s thumbprint, a copy of Hawking’s famous best-seller- A Brief History of Time.

The auction gives “admirers of his work the chance to acquire a memento of our father’s extraordinary life in the shape of a small selection of evocative and fascinating items,” says Hawking’s daughter Lucy.

Hawking’s children wish to dedicate and preserve his scientific archive for the nation. Christie’s in negotiations to hand over the items to British authorities in lieu of inheritance tax. 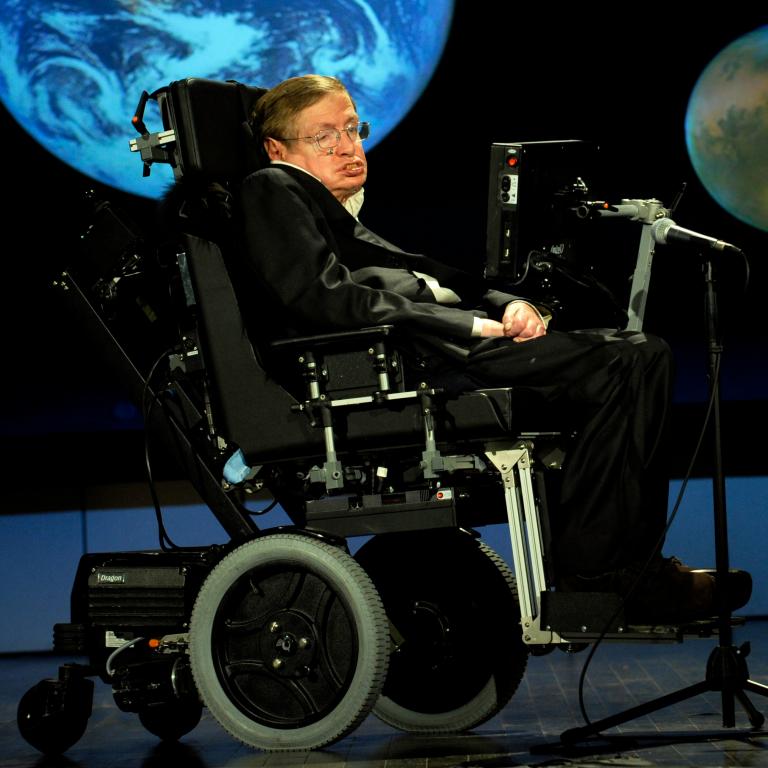 Special items, part of the auction as science sale, including papers by Isaac Newton, Charles Darwin, and Albert Einstein will be on display in London from October 30, 2018.