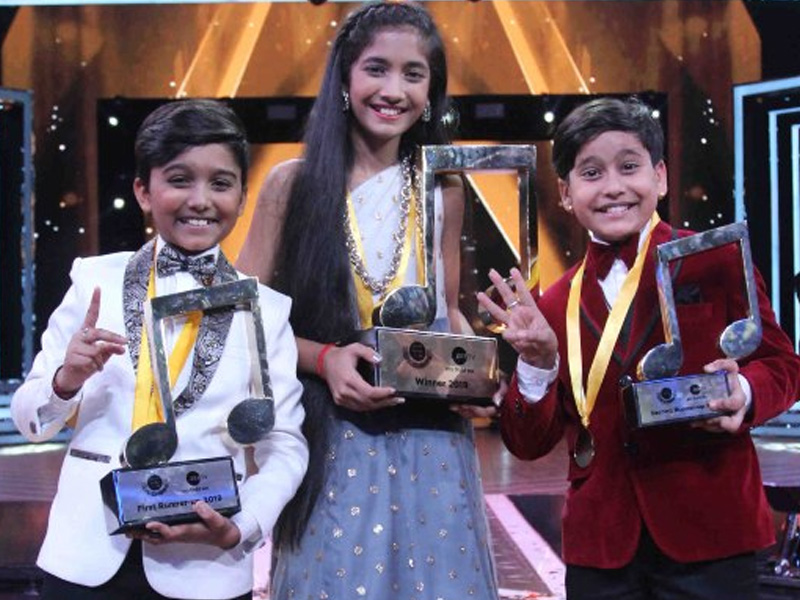 Sugandha Date from Nagpur city became India’s ‘little singing super star’ amidst much celebration. The 14-yeard old lass won a cash prize of INR 5 Lakhs and was awarded a trophy.

Speaking about her achievement, Date said, “I am very happy that I have become the winner of ‘Sa Re Ga Ma Pa Li’l Champs’. I could make everyone proud and live up to their expectations. I wasn’t sure about winning, but I had a feeling that if I’ll give my best then I might win.”

“I will save the prize money (Rs 5 lakh) for my life’s best opportunity. My whole journey on ‘…Li’l Champs’ was beautiful,” she added.

Judges Shaan, Richa Sharma and Amaal Malik were full of praise for the simple yet talented Sugandha Date.

“Sugandha was consistently performing well throughout the season. She truly deserves to win and I wish her all the best for a great career in music,” said Shaan.

“TI have seen a consistent growth in this kid as a performer. Sugandha has always taken the feedback well and has worked constructively on her singing abilities week after week to improve herself to the fullest,” said Sharma.

“The simplicity and honesty with which she undertakes her craft, doesn’t come easy. It’s what makes her a singer, that’s a class apart. She’ll go a long way and I’m sure she’ll flourish in the areas she taps,” said Malik.

Mohammad Faiz and Pritam Acharya was announced as the first and second runner-up of the show.

In a proud moment for Nepal, Itahari’s Pritam Acharya was announced second-runner up of the show, while India’s Mohammad Faiz became the first runner-up of the show.

Nepali Sansar congratulates Sugandha Date and Pritam Acharya for their achievement and wishes them good luck for their future!