Rai to Represent Nepal as Permanent Representative to New York 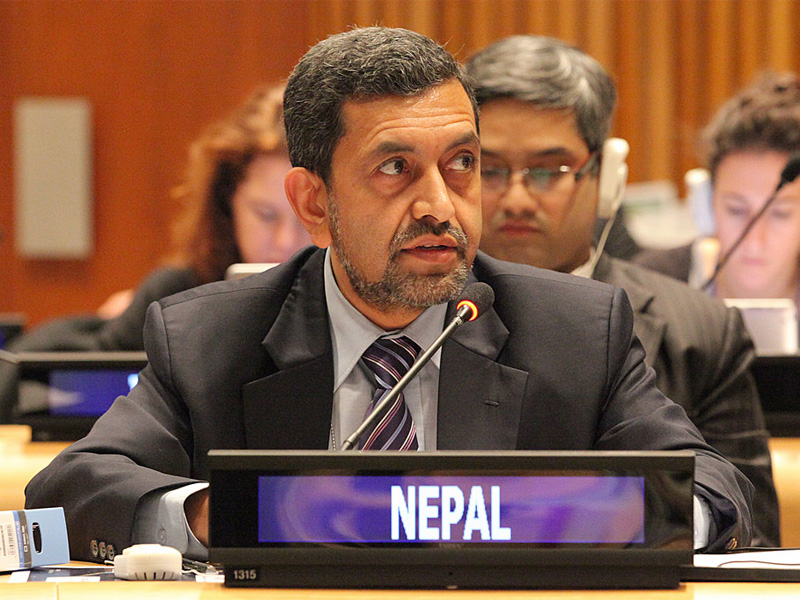 The is an important diplomatic position for Nepal and has been vacant ever since the former Nepal Permanent Representative Durga Prasad Bhattarai was sent home following his extended tenure.

Rai is a career diplomat and has served as Nepalese Ambassador to South Africa since December 2014.

Going by the usual trend, recent ambassadorial nominations have been based on the candidates seniority.

However, this appointment seems conspicuous and raises questions as to why the government chose Rai over senior-most joint secretary and Ministry spokesperson in Kathmandu, Bharat Raj Paudyal.

Two weeks ago, the government recommended ambassadors from among career diplomats to five countries including Canada, France, Kuwait, Thailand and Switzerland.

Joining the league of Ambassadors representing various countries in Nepal, four newly appointed ambassadors presented their letters of credence to President Bidya Devi Bhandari amid a special ceremony at Sheetal Nivas on January 07, 2019.

The ambassadors were escorted to the President’s Office in a horse-driven carriage with special honor.

Earlier in December 2018, Nepal was also preparing to send four ambassadorial candidates to India, Malaysia, United Arab and Israel. Each of the candidates had to go through a stringent hearing process before being nominated.