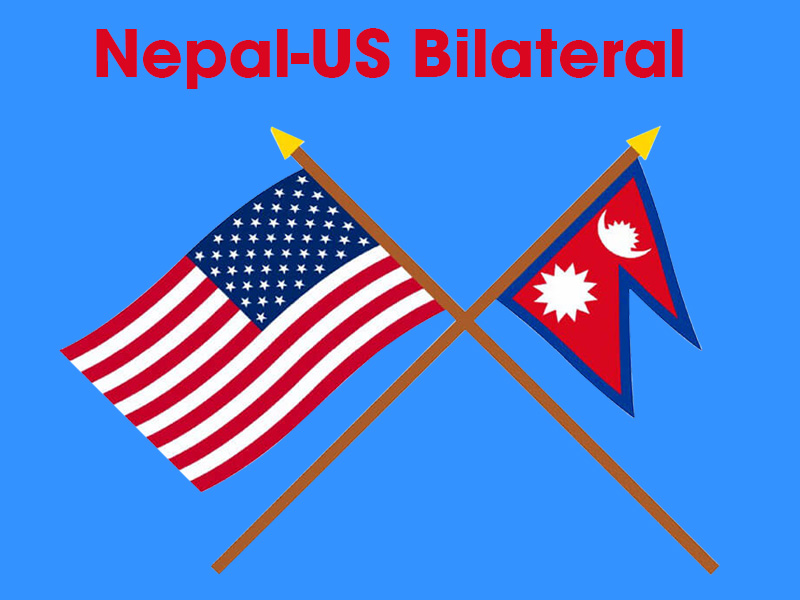 After a 17-year long gap, Nepal and US will come together at a bilateral consultative meeting!

The two countries are holding a meeting to review bilateral relations and explore new areas of cooperation in the wake of Nepal’s new political scenario.

According to Nepal Foreign Affairs Ministry (MoFA), Foreign Minister Pradeep Gyawali will be visiting US on December 17, 2018 to meet the US Secretary of State Michael Pompeo.

Amidst a public function in Gulmi on December 16, 2018,  Gyawali called the visit ‘significant’ as this will leave no room for the notion that USA always looks at Nepal through ‘New Delhi’s perception’.

This has been a common perception in Kathmandu following US opinion, based on India’s assessment of Nepal’s internal politics, development priorities and regional & multilateral issues.

Bilateral Meetings
During his US visit, Gyawali will interact with high-level officials from the White House, USAID, Millennium Challenge Corporation (MCC), US Senators and Congressmen among others.

“I will urge US officials to pursue and exercise independent views and position while assessing Nepal’s foreign policy, on Nepal’s geo-political positioning, regional and multilateral cooperation and collaboration,” Gyawali categorically told the Post.

US has decided to provide Nepal MCC support which focuses on fighting poverty through economic development.

“As independent countries, Nepal and the United States have to look at each other with independent eyes. “If there remains any confusion, we will erase them,” said Gyawali.

Besides this, both the countries’ foreign representatives will discuss on boosting trade, tourism investment and people-to-people contact and various other potential areas of cooperation.

Nepal will also propose the establishment of a bilateral consultative mechanism between the two countries. The mechanism will be created to draw in US cooperation in line with Nepal’s national priorities and maintain documentation of the meetings outcome.

It is important to note that Nepal is giving primary importance to establishing such bilateral constructive mechanisms with all major countries.

While it will not be feasible to pitch a similar mechanism this time in US, officials say that Nepal and US will have the foreign secretary consultation meeting to discuss the system and sign a MoU.

Foreign Policy Expert Opinions
Foreign Policy experts in Kathmandu opine that the US bilateral meeting invitation shows the importance US attaches to Nepal.

Experts are also of the opinion that this visit will remove Nepal’s speculation that the US Government is not comfortable with the current leftist government.

Nepal Delegation to US
Besides Foreign Ministers, a team of government delegations of both countries will also hold discussions during his visit.

Nepal Foreign Secretary Shanker Das Bairagi will lead the Nepali side, while the Department of State, South and Central Asian Affairs Principal Deputy Assistant Secretary Alice G Walls will head the US delegation.

The Nepali delegation also includes SA Arjun Kumar Karki, joint secretaries from MoFA and Ministry of Finance, Ministry of Home Affairs and officials from the Nepali Embassy in Washington DC.

Nepal-US Joint Disaster Drill
In another occasion, the Nepali Army and the US Army Pacific are all set to conduct a joint disaster rescue exercise in Pokhara in another five months from now.

According to Nepal Deputy Secretary Nabraj Baral at Gandaki Province’s Office of Chief Minister and Council of Ministers, a preliminary deliberation has started for the joint exercise. He added that the exercise is being held for the first time.

”The two armies will share their experiences of rescue operation with each during the joint exercise,” he said.

The exercise will last for eight days.