Keeping a keen eye on economic progress globally, the World Bank (WB) released a report on October 31, 2018, ranking world nations on their ‘ease of doing business’.

The report puts Nepal at the 158th position out of 190 countries.

This indicates the lowest ranking based on the 10 indicators including: 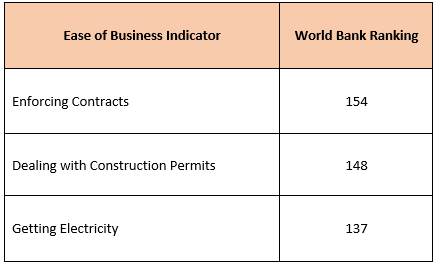 Reasons for Low Ranking
According to World Bank’s annual ranking, Nepal’s ‘2017 Labor Act’ made tax paying difficult. The introduction of labor gratuity, medical insurance and accident insurance through this act, puts a considerable burden on companies having a complex administration.

The biggest burden, labor gratuity mandates that employers must file and pay it manually on a ‘monthly’ basis. This in turn has a major impact on tax payments and time taken to comply with tax obligations. 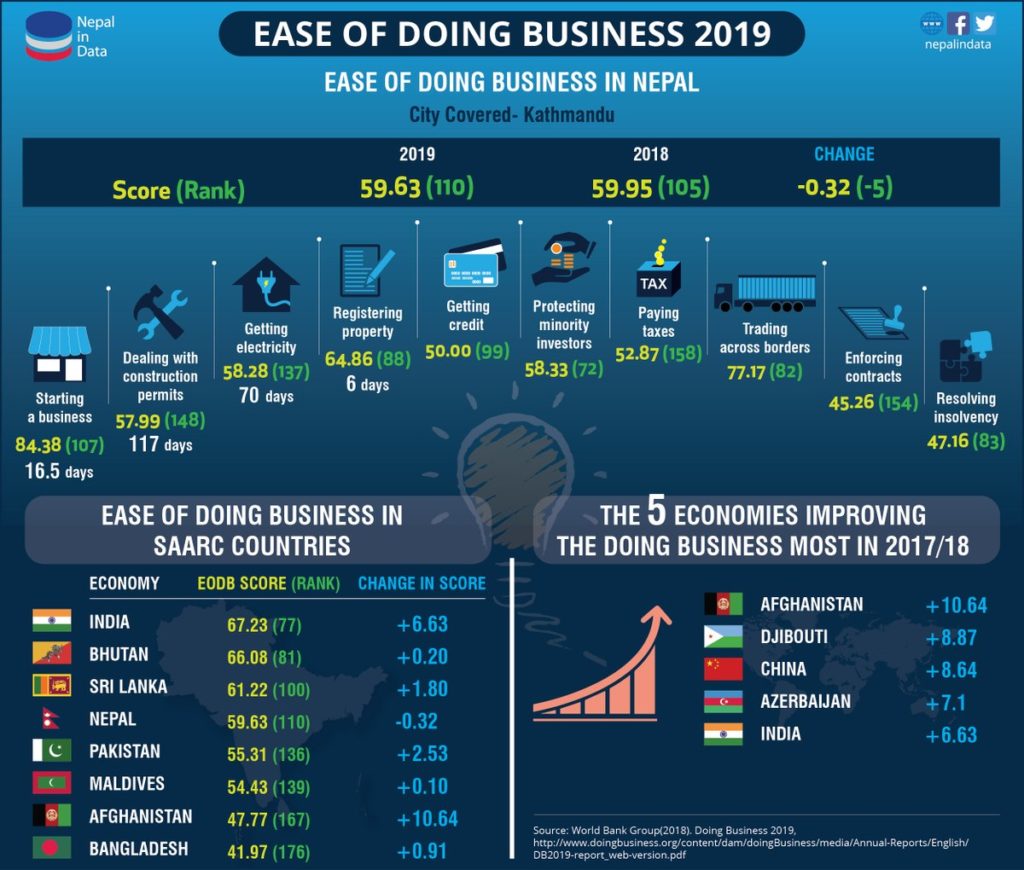 In 2017, business entities in Nepal paid close to 39 payments and spent 353 hours to comply with tax obligations. On a global average, companies spend 24 payments and 237 hours in tax compliance.

“Raising revenues for spending on social expenses is needed and possible. It will be critical to find ways for not overly burdening companies with paperwork, taking time and resources away from generating profits to employ workers and spread prosperity,” said Faris Hadad-Zervos, Country Manager, World Bank, Nepal.

The Solution
Coming up with a solution, Nepal’s tax authorities are considering an e-filing platform that will make compliance easier for businesses.

On the other hand, the Government is considering the merger of taxes and contributions that are levied on the common tax base.

It has also approached World Bank for assistance in simplifying business process in the coming period.

“We view this as a very positive step forward and stand ready to support these critical reforms as part of Government new vision of Crowding in the Private Sector,” Zervos added.

Overall, Nepal’s reduced the number of business reforms to 19 in 2017 compared with previous year’s revised record of 21 reforms.

According to the Wall Street Journal, America fell to the ‘eight’ place based on following indicators : 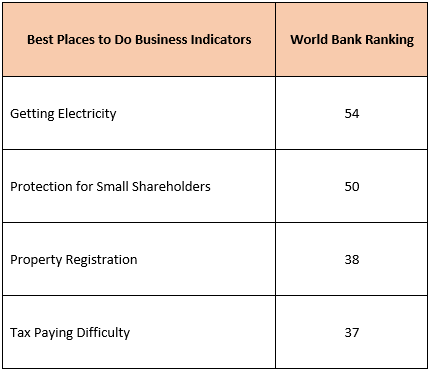 Meanwhile, New Zealand, Singapore and Denmark continued to maintain their ‘top three’ ranking for the third year in a row.