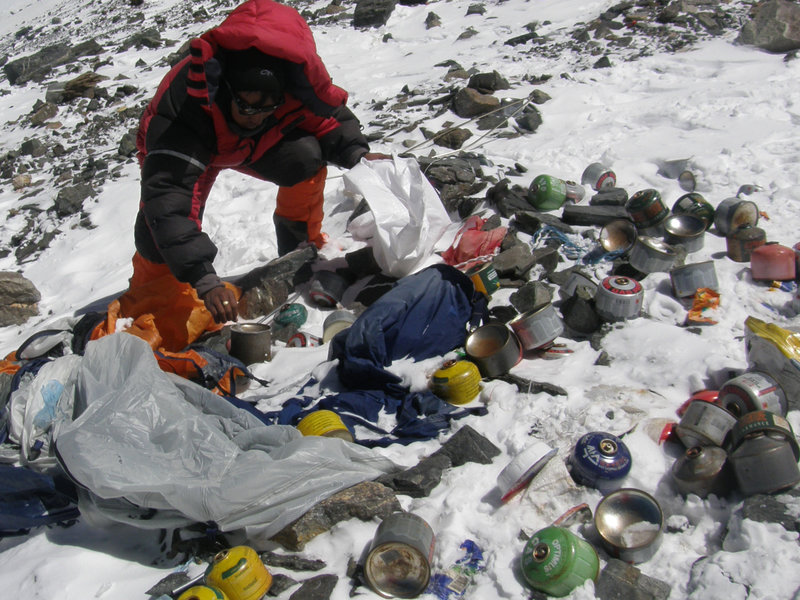 Nepali climbers have retrieved four bodies and collected some 11 tonnes of decades-old garbage from Mount Everest and its approach below the base camp as part of a drive to clean up the world’s highest mountain, the government said on Wednesday.

Climbers returning from the 8,850-metre (29,035-foot) mountain say its slopes are littered with human excrement, used oxygen bottles, torn tents, ropes, broken ladders, cans and plastic wrappers left behind by climbers, an embarrassment for a country that earns valuable revenue from Everest expeditions.

The garbage, along with the bodies of some of the 300 people who have died over the years on Everest’s slopes, are buried under the snow during winter but become visible when the snow melts in summer. 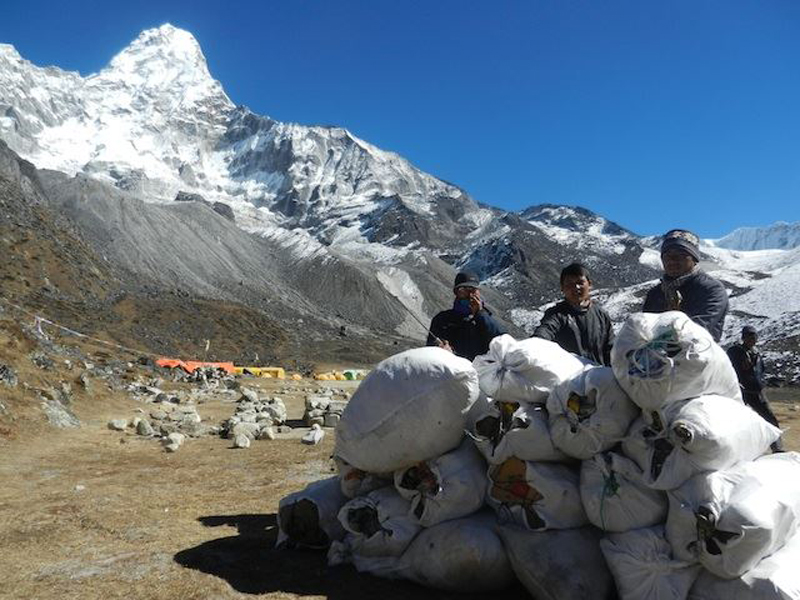 A clean-up team of 20 Sherpa climbers collected five tonnes of litter in April and May from different camps sites above the base camp and another six tonnes from the areas below, said Dandu Raj Ghimire, director general of the Department of Tourism.

“Unfortunately, some garbage collected in bags at the South Col could not be brought down due to bad weather,” Ghimire said in a statement on Wednesday.

Everest was first conquered by New Zealander Sir Edmund Hillary and Sherpa Tenzing Norgay in 1953 and about 5,000 people have since reached the summit.

South Col, on the Southeast Ridge route pioneered by Hillary and Tenzing, is located at some 8,016 metres (26,300 feet), and it is the site of the final camp from where climbers begin their summit attempts.

Cleaning campaign coordinator Nim Dorjee Sherpa, head of the village where Mount Everest is located, told Reuters two bodies were collected from the treacherous Khumbu Icefall and two from camp three site at the Western Cwm. 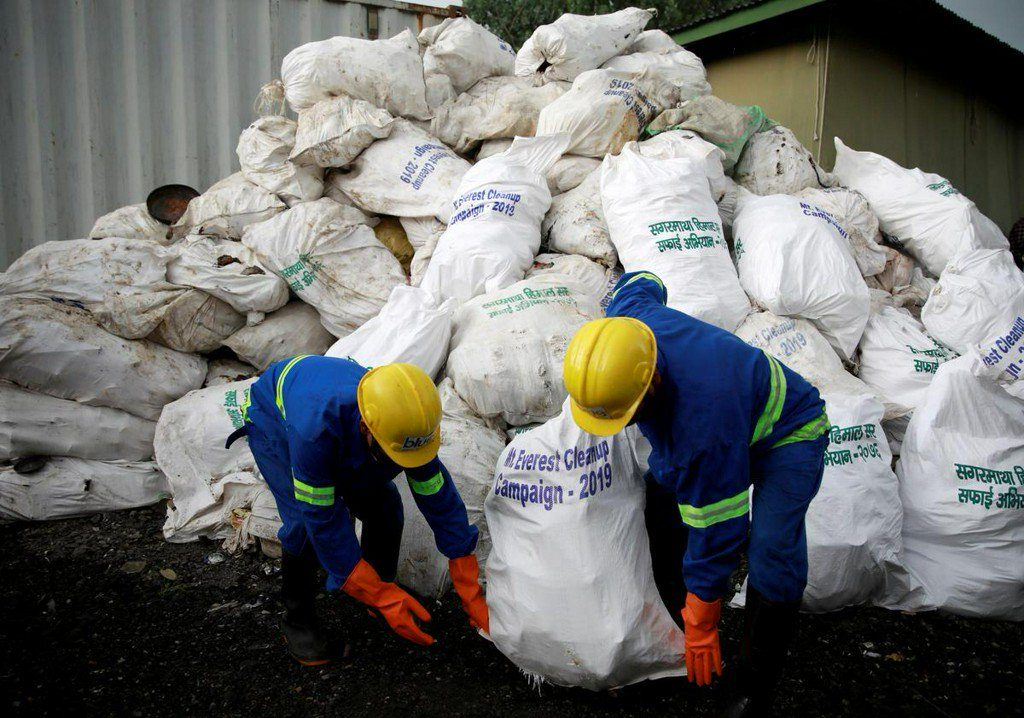 “They were exposed from the snow when the sherpas picked up and brought them down,” he said.

None of the four bodies have been identified and it was not known when they died.

Nine mountaineers died on the Nepali side of Everest in May while two perished on the Tibetan side, making it the deadliest climbing season since 2015.

Climbers returning from Everest have talked of crowding and delays on the Nepali side just below the summit in the “death zone”, so-called because at that altitude the lack of oxygen can be fatal. However, climbers and guides have blamed a host of factors for the deaths. 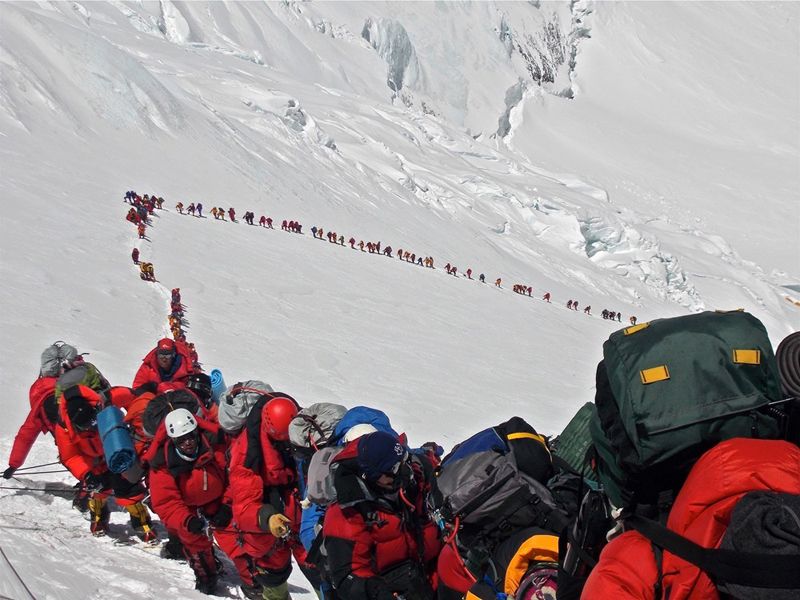 Ghimire, of the Department of Tourism, said the deaths were not because of congestion but due to bad weather and short summit windows.

Nepal this year issued 381 permits to Everest, costing $11,000 each, an important source of income for the cash-strapped nation.