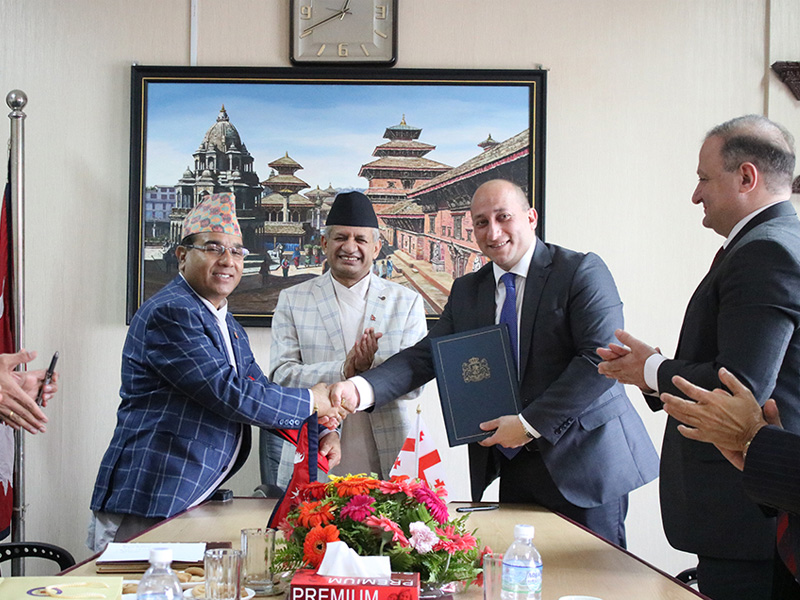 The agreement covers expansion of bilateral trade between Nepal and India, based on existing laws and rules and to seek new investment opportunities.

Speaking on the occasion, Nepal Chamber of Commerce Chairman Shrestha stressed on investment in agriculture, health, hydropower and sports for the developing tourism and trade.

He urged Georgian industrialists to invest in Nepal stating that are the necessary laws are in place. 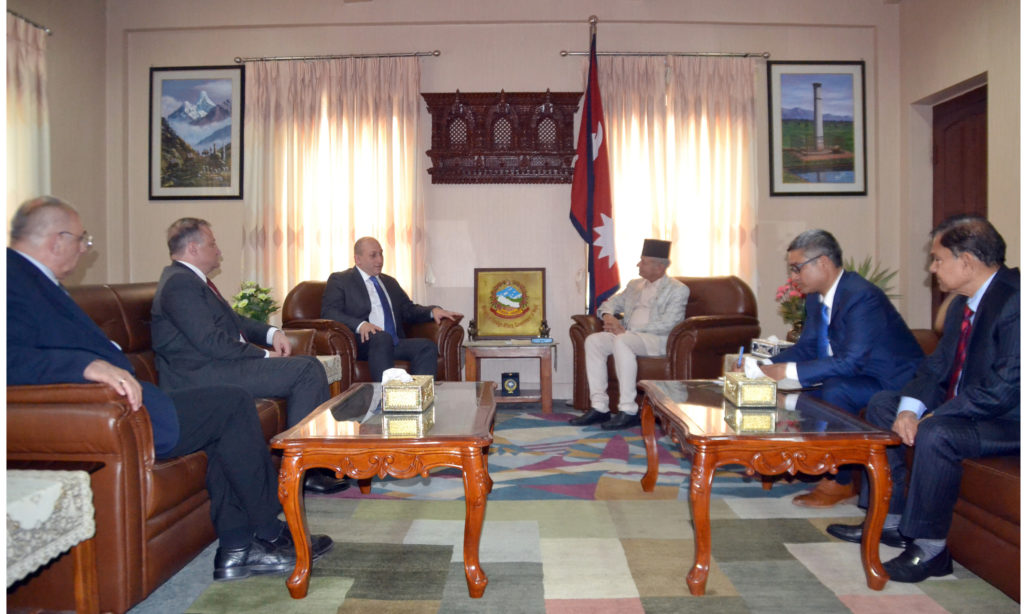 Meanwhile, the two countries also reached an agreement to waive visa fees for both countries government and diplomatic persons.

In the past Nepal has signed MoUs with various countries including Japan, Qatar, Malaysia, USA, India, UAE and more