Navigation
Navigation
Home > News > Nepal Deaths in Malaysia: On Rise, One Per Day!

Nepal Deaths in Malaysia: On Rise, One Per Day! 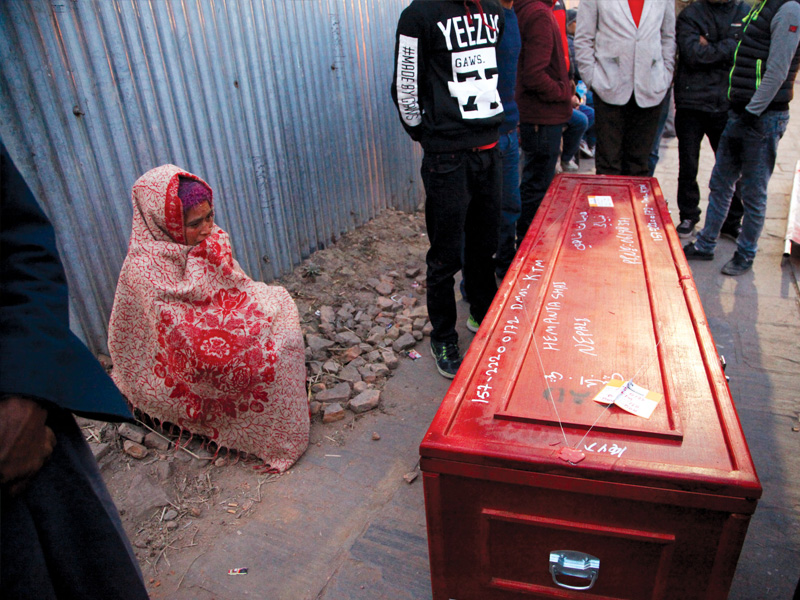 Every day, Nepal is losing ‘one’ of its citizens in Malaysia!

According to the Nepal Embassy report, Nepali migrants died at a rate of one per day in Malaysia in 2017.

And, it’s surprising that the death toll continues to remain the same even in 2018 on an average, as Embassy statistics indicate that Malaysia registered 322 Nepali migrant deaths so far. 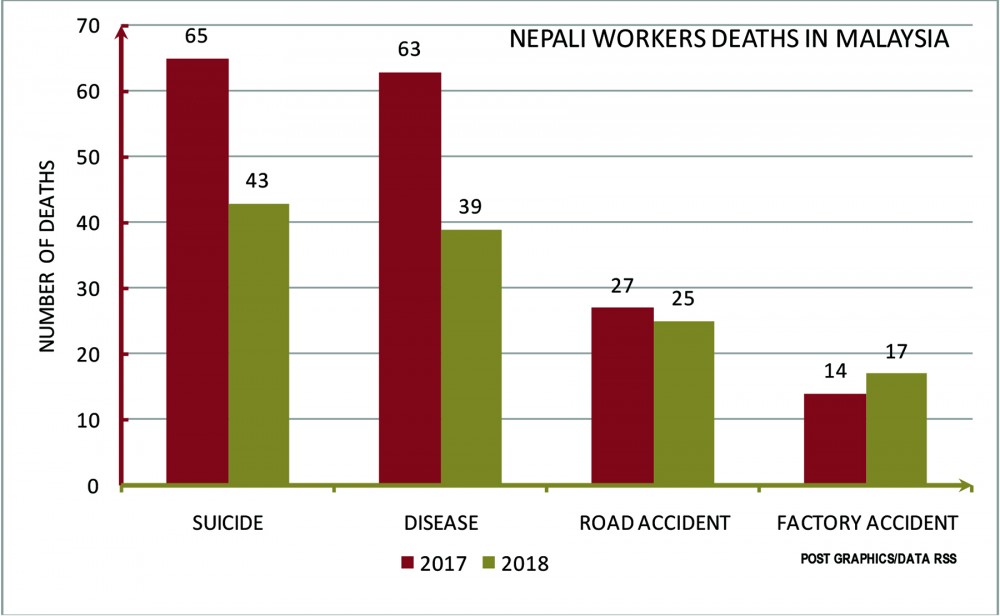 Officials have identified diseases, road & industrial accidents and suicide as the leading causes behind Nepali deaths in Malaysia.

Nepal’s Charge d’Affaires Kumar Raj Kharel said that out of the total casualties in 2018, 43 committed suicide and 39 lost their lives to serious diseases including appendicitis, brain hemorrhage, dengue and liver ailment among others.

Alcohol abuse and local fights were among other reasons for 198 Nepali workers’ deaths in 2018. This number includes one female migrant.

According to Kharel, meningitis, tuberculosis and the aforementioned diseases are increasing the death toll every year.

Furthermore, the Embassy received close to 200 complaints orally and in written from migrant workers, of which mostly expressed their concerns verbally.

According to Kharel, knowledge and awareness on local situations, law and language skills are important assets for any Nepali arriving in Malaysia.

Workers express concerns mainly about not being paid wages, not being given full payments and different nature of work against the employment contract signed by the employee.

If these issues remain unaddressed, many are disheartened and want to return home. Those who cannot return, commit suicide out of frustration.

As per official statistics, Malaysia is home to 383,000 Nepali migrant workers, out of which, 100,000 migrants are living in Nepal after visa expiration!

Currently, Nepali workers are not allowed to take jobs at Malaysia as the Nepal-Malaysia bilateral labor agreement remains unimplemented. Earlier, Nepali migrants made up for 700,000 laborers in the Malaysian workforce.