Nepal Climbs One Position to 109 Rank in Economic Freedom Index 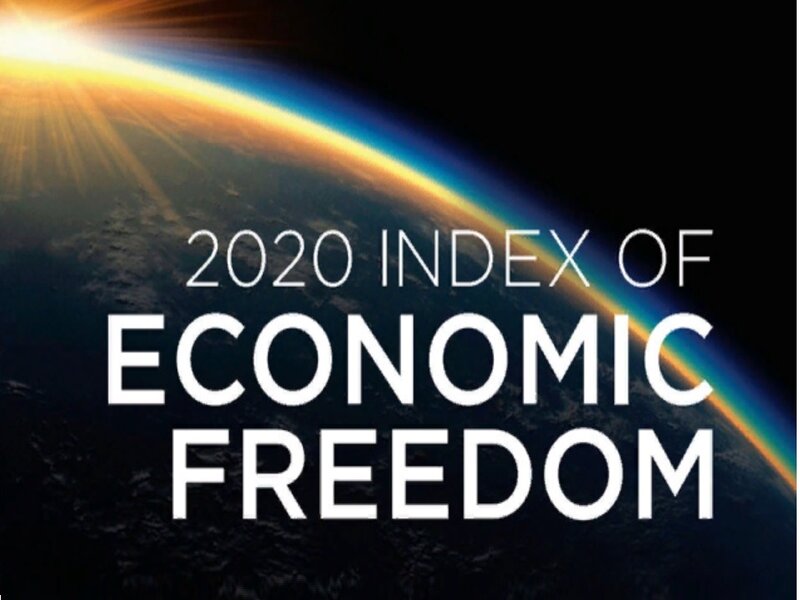 Nepal has stood in the 109th position with a score of 6.48 among the 162 countries and territories included in the “Economic Freedom of the World: 2020 Annual Report.”

According to the report released on September 10 by Samriddhi Foundation in conjunction with Canada’s Fraser Institute, Nepal has climbed one position from 2019 to 2020. Last year, Nepal ranked 110th with a score of 6.49 while it had ranked 102nd in 2018 with a 6.53 score.

The score is the measurement of economic freedom based on five areas: the size of government, access to sound money, legal structure and property rights, freedom to trade internationally, and regulation of credit, labor, and business. 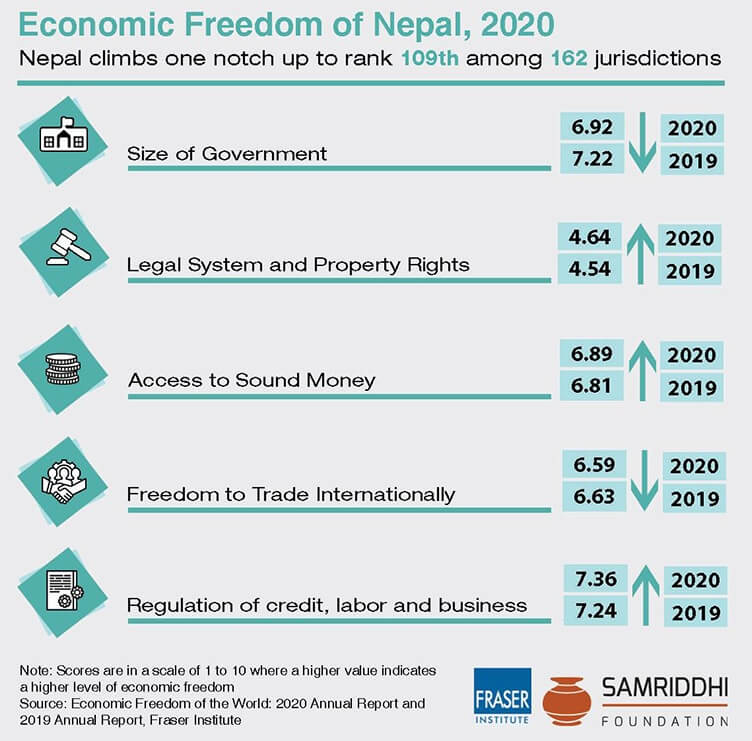 The higher score indicates a higher value of economic freedom in the country.