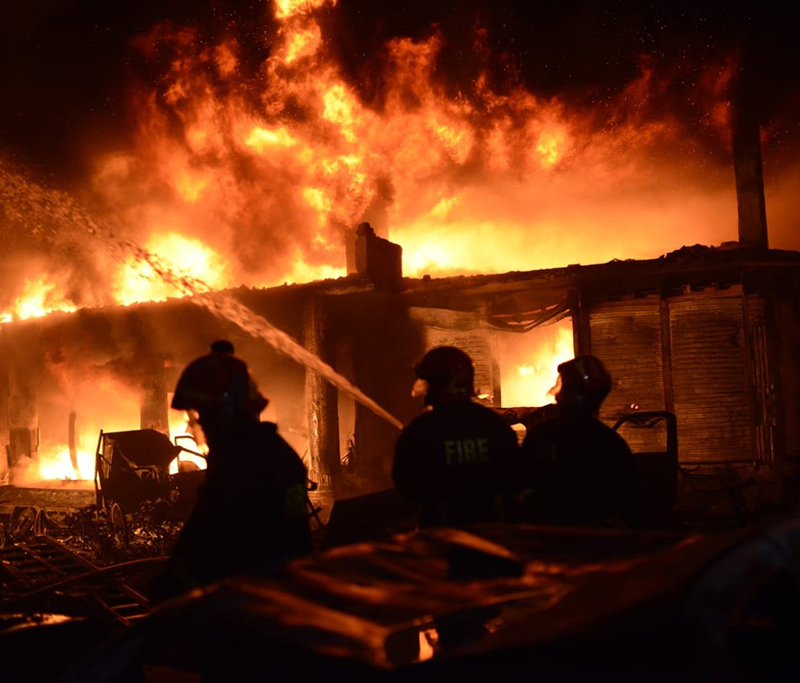 A fire accident in Bangladesh’s capital Dhaka claimed more than 70 lives on February 20, 2019!

The fire broke out at centuries-old Chawkbazar area of Old Dhaka, where it originated in a four-storey building on the night of February 20, 2019 and then rapidly spread to nearby buildings.

Close to 200 firefighters worked for over five hours to put out the fire completely. They had difficulty in finding adequate water resources to extinguish the fire and had to draw water from a nearby mosque.

The team is still retrieving bodies from the wreckage of the buildings.

“So far, 70 bodies have been recovered. The number could rise further as the search is continuing,” said Julfikar Rahman, a Director of the Fire Service and Civil Defense.

Rahman added that at least 50 people were taken to the hospital, who were in very critical condition.

According to the team of firefighters, the building where the fire began had a plastic warehouse with flammable material. However, Rahman said that cause of the fire is still unknown.

Following the incident, hundreds of people rushed to Dhaka Medical College and Hospital to look for missing relatives.

This latest incident will likely bring about the lax enforcement of building safety regulations in Bangladesh.