Joining the list of leading global auto giants, Rolls Royce is developing a new flying vehicle that can move at a speed of 402 km/hr
News
Technology
World 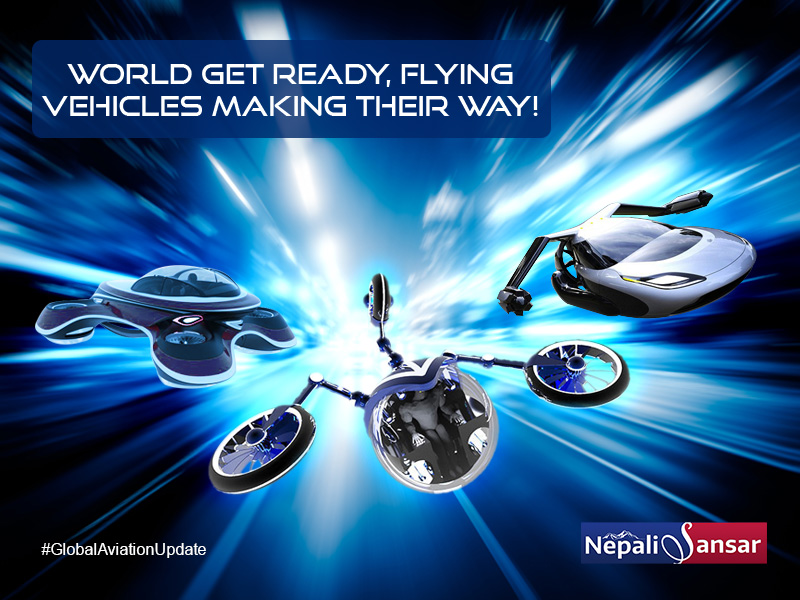 The world’s renowned luxury automobile maker Rolls Royce is back in news with another interesting update!

Adding to the automobile innovation, the popular engine maker is planning to introduce #flyingtaxis, which it technically calls as the ‘Electric Vertical Take Off and Landing (EVTOL)’ vehicle by early next decade.

As part of this initiative, the automobile maker has designed a special propulsion system that allows #EVTOL to move at a speed of 402 km/hr for nearly 500 miles with a seating capacity of four-five passengers.

The firm made its announcement at the #FarnboroughAirshow2018, where it also welcomed partners to assist the project with electrical system related support.

It will have wings that rotate 90 degrees allowing the vehicle easily take-off or land in a vertical direction.

As the reports say, these flying taxis might not mandatorily require special parking places and can instead use existing helipads and airports.

“We believe that given the work we are doing today to develop hybrid electric propulsion capabilities, this model could be available by the early to mid-2020s, provided that a viable commercial model for its introduction can be created,” read an official statement.

Race Has Begun!
With this announcement, Rolls Royce joins the list of other globally-renowned automobile players working around similar plans to launch flying vehicles.

“We are well placed to play a leading role in the emerging world of personal air mobility and will also look to work in collaboration with a range of partners,” Rob Watson, Head of Rolls Royce Electrical Team said in a statement.

Airbus, US-based taxi industry player Uber and some other startups, one of them supported by #Google co-founder #LarryPage, have already announced their plans to launch flying vehicles.

Meanwhile, few such vehicles have already been launched!

A firm funded by Larry Page has launched its electric, self-driven flying air taxi that can travel at a speed of 180 km/h.

#Uber has already announced its plans to open a laboratory in Paris to support its #FlyingTaxiProject.

“With world-class engineers and a leading role in #globalaviation, France is the perfect place to advance our Uber Elevate program and new technology initiatives. We’re excited to partner with Ecole Polytechnique to shape the future of urban mobility, on the ground and in the air,” Uber Chief Executive Dara Khosrowshahi said in a statement in May 2018.

One such vehicle has already been launched in California earlier this week. Called as #BlackFly, the new flying vehicle is almost similar to a Sports Utility (SU) car and doesn’t require a licensed pilot and can fly up to 25 miles at a 62-mph speed.

List not exhaustive! We can start waiting for more such every now and then, globally. Once a fiction, now reality. Now, it’s time to wait & watch!