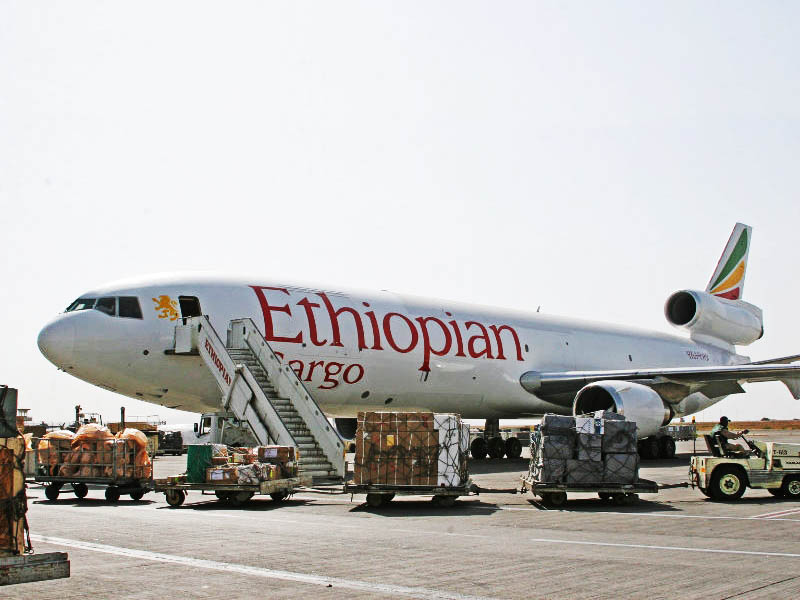 The Ethiopian Ambassador to Nepal Asfaw Dingamo Kame has reportedly proposed a deal with Nepal Tourism Minister Rabindra Adhikari to sign a strategic alliance with NAC, in a meeting in Kathmandu last week.

This deal with NAC comes as part of the African airlines’ strategy to set up multiple hubs beyond its region. As an owner of a fleet that accommodates 108 aircraft, Ethiopian Airlines is currently serving 125 international and domestic destinations.

The latest news also gains significance in view of Adhikari’s recent update to Nepal Parliament about government’s plans for a strategic alliance with a foreign aviation partner.

However, details about the deal are yet to be officially announced.

“We need to sign an air service agreement first to form a partnership to invest in Nepal Airlines. We can also start with a code share agreement,” Ambassador Kame said in a statement.

A Strategic Move
The latest proposal is Nepal Government decade-long wish to bring in a foreign aviation partner for NAC and is coming at a time when the Nepal Government is also planning to revamp NAC into a company before signing a deal with foreign partner.

On the other hand, the Finance Ministry has already recommended induction of the foreign strategic partner with maximum benefits to NAC under the partnership.

Tourism entrepreneur and a former member of NAC Ashok Pokhrel feels that the foreign alliance will add to the brand value of NAC and also supports it financially.

“We have been hearing for a long time that the government is inducting a foreign strategic partner at NAC. The plan, however, has remained on paper only. But it’s not too late. The government should act promptly before the airline is put into financial stress,” Ashok Pokhrel said in a statement.

“At a time when NAC has been facing criticism for its failure to assure quality and efficiency, a strategic partner, if it is a globally reputed company, can help the carrier to win business globally,” he adds.

Speaking to local media, the Ethiopian official explained that the two countries haven’t exchanged much in partnership since they established diplomatic ties in 1964.

However, the bilateral partnership gained momentum with the establishment of Ethiopia’s honorary consul in Nepal in 2015.

Ethiopia has also urged Nepal to establish its residential mission in the capital Addis Ababa, the area that also hosts the Secretariat of the African Union.

The Background
Nepal Government initiated this plan to bring in a foreign partner in 2007 with an aim to handover NAC’s management to that strategic partner.

Prior to that, the then Royal Nepal Airlines Corporation (RNAC) had invited experts from Air France in 1970 as part of a program to improve NAC management. And, the partnership gave RNAC its first jet, Boeing 727.

Later in 2016, the government invited request for proposals from renowned carriers from US, UK, France, Germany and Australia, and only one carrier turned out with Rs688.67 million worth proposal.

Then the Finance Ministry turned it down and then decided to a set up a fresh committee, which again failed with the government pitching for ‘multiple modality options’ before sealing the deal.

While officials are of the view that the deal should be held on a global competition, Ethiopia proposed it under government-to-government procedure.

Now, its government’s turn to react in an appropriate way!