Developing countries such as Nepal are carrying the burden of hosting the world’s displaced people.

According to UNHCR, half of the forcibly displaced people are children and the 2018 statistics are the highest in nearly 70 years.

The in-depth report comes at a time when four-fifths of the world’s refugees are hosted by developing countries and when most industrialized nations are developing an anti-refugee settlement.

According to the report, 43.7 million people are being hosted as refugees worldwide – approximately the entire population of Colombia or South Korea or a combined census of Scandinavia and Sri Lanka.

This total includes 15.4 million refugees – 10.55 million under UNHCR care and 4.82 million under UN Relief and Works Agency for Palestinian refugees. 27.5 million people are displaced within their own nations and close to 850,000 asylum-seekers, nearly one-fifth of these, in South Africa alone.

The most pitiable situation is those of 15,000 asylum seekers who are separated from their children – Somali or Afghani.

Furthermore, the reports say that the world’s poorest countries are hosting huge refugee populations in comparison to the size of their economies. Pakistan, Iran, and Syria have the largest populations – 1.9 million, 1.1 million and 1 million, respectively.

Pakistan experiences a huge hit in terms of economic impact with 710 refugees for each dollar of its per capita GDP.

In comparison, Germany with the largest refugee population 594,000 people has 17 refugees for each dollar of per capita GDP. 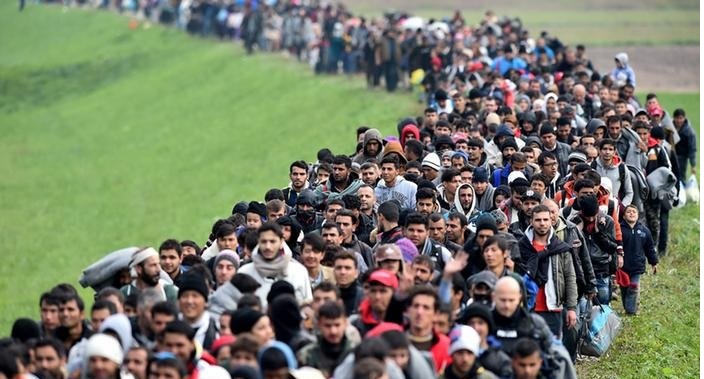 According to UNHCR, close to 8,600 Nepalis are currently living as refugees in various world nations.

In its report, it also stated that 9,084 other asylum-seekers have submitted their application in various countries.

It also mentioned that close to 20,808 people are currently living as refugees in Nepal and a total of 55 people are seeking asylum in Nepal.

In today’s context, UNHCR refugee relief activities extend to over 120 countries and oversee issues related to people forced to leave their countries and those turning to different states within their own countries.