30 Years for World Wide Web: Glance at Past, Sir Tim Cautions on #Web30!

"You should have complete control of your data. It's not oil...,” Sir Tim said on the 30th Anniversary of the World Wide Web
News
Technology
World 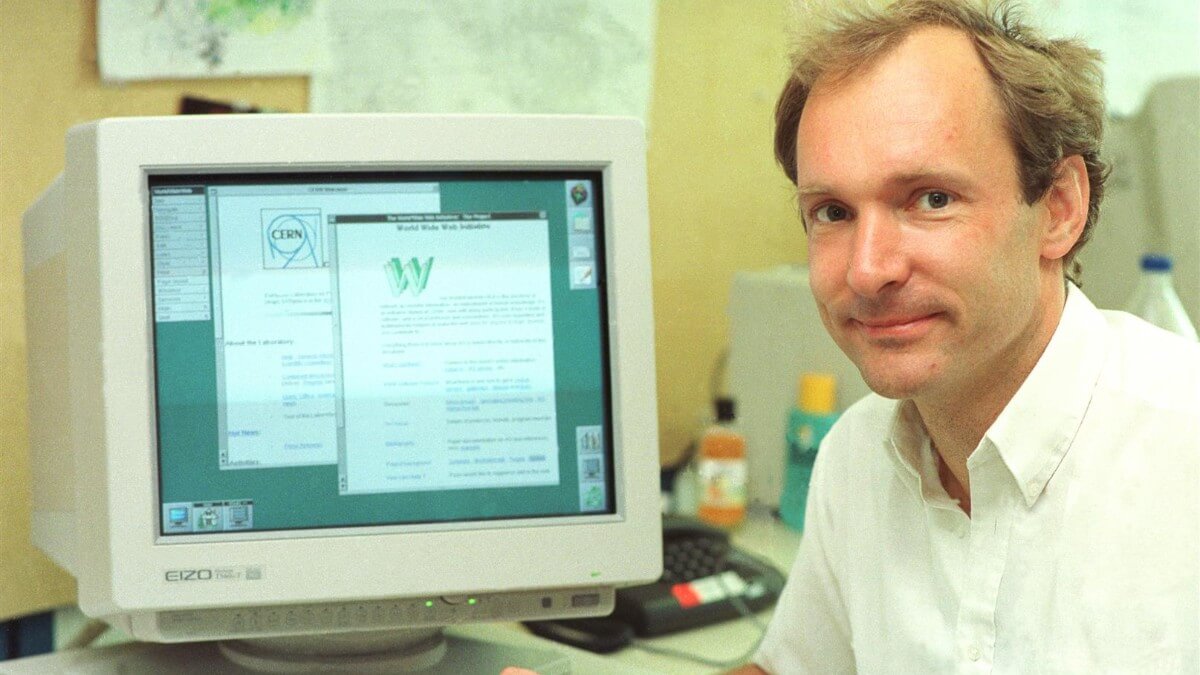 Exactly 30 years back on the same day took its birth, the path to today’s internet i.e. the World Wide Web (WWW).

The World Wide Web’s invention dates back to March 12, 1989 when a British scientist
Tim Berners-Lee, at the European Organization for Nuclear Research (CERN), made a proposal for an information management system.

The Story Behind ‘WWW’

“This proposal concerns the management of general information about accelerators and experiments at CERN. It discusses the problems of loss of information about complex evolving systems and derives a solution based on a distributed hypertext system,” reads a statement from Lee’s ‘Information Management: A Proposal’ made in 1989.

And, the response he received from his boss was ‘Vague, but exciting’!

That did not stop Lee!

He moved on to develop a flow chart depicting his proposal’s working model with HTML language, HTTP application and WorldWideWeb.app, showing the world the first ‘Web Browser’ and a ‘Page Editor!

Welcoming the world to the web, its creator Lee posted a short summary of his project on the ‘alt.hypertext’ newsgroup giving birth to the next-gen technology ‘World Wide Web’.

What Next is the ‘Internet Trend’

Today’s ‘Internet’, as a global network of computers, emerged from the World Wide Web that was just a common online application using ‘Hypertext Transfer Protocol (HTTP) for navigation between web pages.

The ‘Internet’ saga began in April 1993, the year ‘WWW’ started becoming popular with the advent of Mosaic- the first search engine that revolutionized ‘WWW’.

Eventually, the number of internet users saw a drastic rise from some millions in 1990s to more than 400 million people in 2000.

Then began the rise of wireless internet, driven by advanced algorithms that are today ruling the ‘kingdom of information’ making information availability easier than ever at just finger tips through ‘search queries’.

Speaking to media on the occasion of the 30th anniversary of WWW, Lee appealed to internet users to have ‘complete control’ on their online data.

He criticized today’s trend of commodifying user’s personal information and informed that he is on a mission to protect his invention from the range of challenges such as increasingly-dominating online life involving data thefts and misinformation.

On one side appreciating the new opportunities that evolved out of the trend, Lee also pointed at the negative sides of it! #BetterWeb #SafeWeb

“It has also created opportunity for scammers, given a voice.. to those who spread hatred, and made all kinds of crimes easily… If we give up on building a better web now, then the web will not have failed us. We will have failed the web,” Lee tweeted. #ForTheWeb  #Web30

Stay Tuned for more such interesting and exciting Technology News!