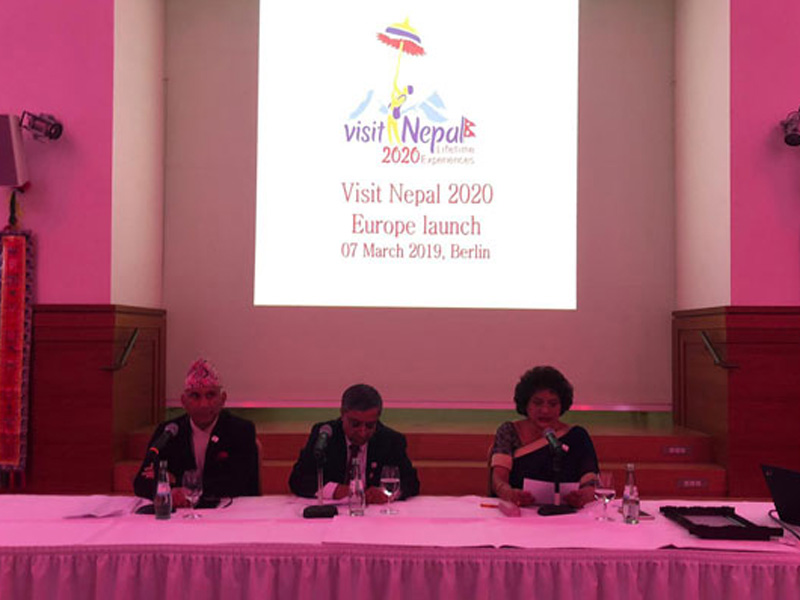 Organized in collaboration with the Nepali Embassy of Berlin and eTN Corporation, the launch evening saw more than 300 VIP attendees from the tourism fraternity of Sri Lanka and Jamaica. 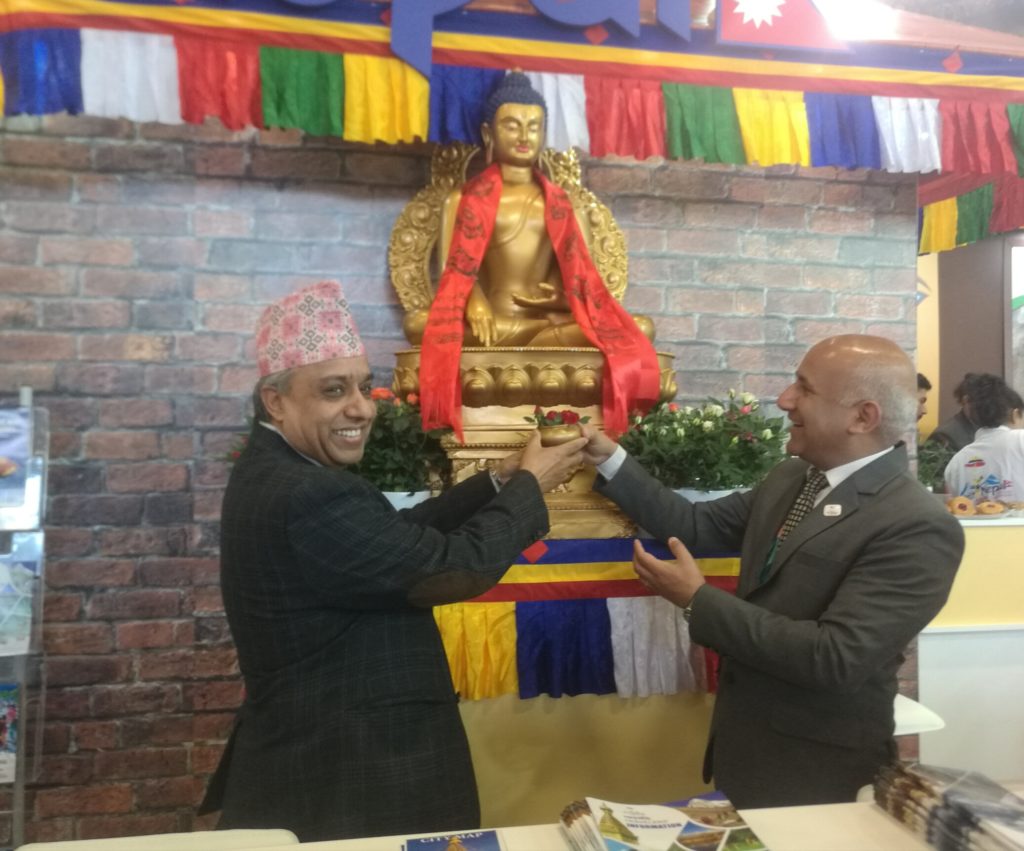 The Nepali tourism team dedicated the event to Adhikari recalling his achievements and contributions to the Nepal Tourism industry in his one-year tenure.

“Today, was supposed to be a special day of celebration but as you all know, we have unfortunately lost the Architect of the VN2020 campaign, our beloved Hon. Minister and other members in a tragic air accident a few days back. It was his dream to launch the VN2020 campaign at the ITB,” Nandini Lahe-Thapa, Director Of Marketing for NTB, said in a statement.

She went on to say that it was a tough challenge for them to launch the campaign without its architect.

“But for Nepal and Nepalis, Resilience is our strongest ……. and we decided that the greatest Tribute to him would be to carry his Vision forward with dedication and determination,” she added.

“During his short term as minister he has help moved the tourism sector of his country forward, and we were all looking forward to see all of achievements. He will be greatly missed,” said Mario Hardy, CEO of Pacific Asia Travel Association (PATA).

On the occasion, Khanal called on world leaders for their support in achieving the objectives of the ‘Visit Nepal Year 2020’ campaign.

German journalist Peter Hinze was honored for his award-winning book on Nepal, while Dil Gurung Schouler was also recognized for 25 years of his dedicated services as a Nepal tourism representative in Germany.